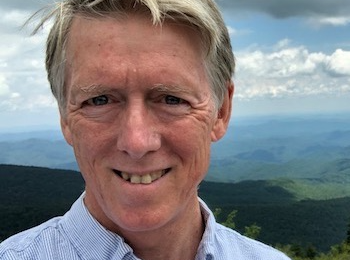 Allison A. Bailes III, PhD, is founder and owner of Energy Vanguard in Decatur, Georgia. Like many in the field of building science and green building, he is multi-faceted: His academic credentials in physics (BS, MS, MST, and PhD all in that field) give him a solid foundation in the science that underlies buildings. Having taught physics at the high school and college levels, he’s adept at explaining technical concepts in a way that people new to green building can understand. In addition, he has practical, hands-on experience. He built a high-performance home out of structural insulated panels, doing much of the work himself, and ran a home performance contracting business. Numerous homes in the Atlanta area had their ducts sealed and crawl spaces encapsulated by Dr. Bailes himself. Between his first and second businesses in this field, he gained more green building experience by working as the regional manager for the EarthCraft House program in the Southeast.

What Dr. Bailes has become most known for in recent years, though, is writing the Energy Vanguard blog. In it he covers everything from building science fundamentals to HVAC particulars to big-picture topics like energy security and peak oil. The blog has gained a wide readership in a short time and is often cited and linked to from other websites. In fact, it is the Energy Vanguard Blog that garnered Dr. Bailes an invitation to become a Green Building Advisor.

As a result of his varied experiences and abilities, Dr. Bailes is a highly respected teacher, speaker, and writer, praised for his ability to turn what often comes across as dry and technical into something fun and understandable. As one of his readers commented, “Your blog is off the chain! Your writing is technical yet easily readable, such a rare combination.” He travels across North America, speaking, teaching, and leading workshops.

On the lighter side, Dr. Bailes is a juggler who can juggle 5 balls and even got married at a juggling festival. He is also trans-handed, having begun the conversion from right- to left-handed in 1995. One honor that he is particularly proud of is his inclusion in Who’s Who of American Women, The Millenium Edition. (Not that that would be a bad thing, but it’s not because he used to be a woman, which he never was.)

It took me a while, but I’ve finally figured out how best to use my PhD in physics. I’ve always loved science, and I started off on the traditional academic path after graduate school, but that wasn’t really enough for me. I loved teaching, but I needed to find a way to use my interest in energy and the environment as well as my love of buildings, especially houses.

A lot of little steps along the way brought me to where I am now:
* Reading The Integral Urban House in the ‘80s
* Buying the Real Goods compendium the Alternative Energy Sourcebook (now called the Solar Energy Sourcebook) in the early ‘90s
* Subscribing to Home Power magazine in 1994
* Building and using a solar cooker
* Serving on the Gainesville Energy Advisory Committee while in grad school
* Watching (and helping a little bit) my PhD thesis adviser build an off-the-grid solar house in Florida

What really started the ball rolling for my new career, though, was when I built a house myself. In 2001, I bought a piece of land and spent the next two years building a green home that’s beautiful, efficient, and comfortable. Having never built anything bigger than a bookcase prior to taking on this project, I had a steep learning curve in front of me — and I loved it!

After finishing the house in 2003, I became a home energy rater and left academia for my new career in the field of high performance homes. My first business was called ab3 energy, and I offered home energy ratings and building science consulting. When that turned out not to be enough to keep the business afloat, I started offering Manual J heating and cooling load calculations, and I even got into the contracting business. I did air-sealing, duct-sealing, insulation, and crawl space encapsulation to provide homeowners with a comprehensive package to improve their home’s performance.

That business was going well when life threw some curve balls at me, so I ended up going to work for another home performance contractor (The Hoots Group) in Atlanta. I learned many new business and contracting skills, and then got the opportunity to work for one of the premier energy efficiency and green building organizations in the country—the Southface Energy Institute. At Southface, I started off as the regional manager for the EarthCraft House program and then also became the manager of Southface Energy Rated Homes, their HERS rating providership. Again, I learned a lot there that would have been much harder to learn on my own.

In 2008, I decided that I really wanted my own company again, so I left Southface and started Energy Vanguard.