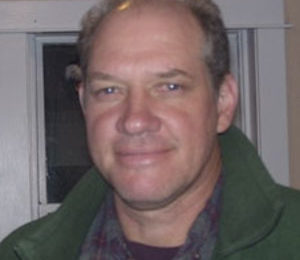 JEFF MEDANICH has been building, remodeling, and preserving residential buildings for 35 years. For the last 14 years he has been specializing in green building and sustainable building techniques for new homes. Medanich Preservation Manager at Colorado Chautauqua Association in Boulder, a national historic landmark. Jeff is combining his passion for sustainable building and love of historic buildings into what he’s calling High Performance Preservation. He is a LEED Accredited Professional and was inducted into the Colorado Built Green Hall of Fame in 2005. He lives in Berthoud, Colorado, in a farmhouse built in 1910 with his wife, daughter, son-in-law, and four grandchildren.

Jeff Medanich is a grateful man. He found his vocation early, right after he earned his first driver’s license. “I had the good fortune to be apprenticed to two old-school craftsmen who were happy to share their knowledge and skills with a green kid,” he recalls. “I realized right off that I had found something I really liked to do.”

Thirty-five years (and many variations of home building, remodeling, and carpentry jobs) later, Medanich still considers himself extremely lucky to have found a profession he thoroughly enjoys.

The greening of Medanich’s career began with those first two craftsmen. “Much of what those guys who I worked with all those years ago taught me about framing, flashing, and details to make buildings last longer is now a part of what we refer to as building science,” he says.

For Medanich, energy-efficient construction came into the picture in the late ’70s, after the oil embargo. He was insulating homes, then. “My job was to drill a 2-inch hole every 16 inches around the perimeter of the house,” he remembers. His boss would fill the stud cavities with polyurethane foam and Medanich would plug the hole. Though the concern about energy efficiency waned when the price of oil dropped, Medanich knew “there was something to this tight construction idea.” He began employing green building techniques on his projects whenever he could.

Almost 20 years later, Medanich had the good fortune to go to work for one of the pioneer green production builders in the country, McStain Neighborhoods. “That’s where I really got the opportunity to research and develop cutting-edge building technologies related to highly-sustainable, high-performance home construction,” he says.

“Green building has become a passion for me,” Medanich affirms. “I am of the opinion that there is simply no other way to build. In order to construct environmentally responsible, healthy, long-lasting structures, you must take a holistic, systems approach to design and building.