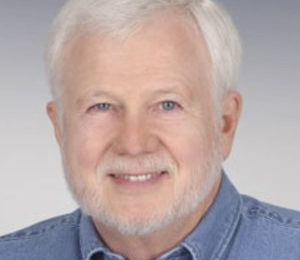 A pioneer of energy-efficient home building in Texas, JIM SARGENT began building green before the concept had a name. AndersonSargent Custom Builder has achieved national renown for its ecological and energy-efficient homes. In 2006, it was named Energy Value Housing Award Builder of the Year by the U. S. Department of Energy and National Association of Home Builders (NAHB) Research Center. The company’s award-winning home also was recognized by the NAHB as the “Best Green Concept Home in America.” In December, Sargent received the CATEE Outstanding Commercial Enterprise Award for the company that has had the greatest influence in affecting clean air in Texas through energy-efficiency. Sargent was first in the nation to receive a Master Builder designation from the Energy & Environmental Building Association.

Sargent was involved in the legislative adoption of the International Residential Code in Texas, when most said it could not be done. He leads by example and demonstration, freely sharing with peers the construction principles and techniques that he has gathered through years of study and execution. He has helped affect changes in city codes through both the influence that he has gained as a noted builder and by discussion with city building inspectors. Recently, he was the builder invited to speak at the National Building Museum’s Greenovation Expo in Washington, D.C.

Sargent is a graduate of Texas A&M, married for 45 years to his college sweetheart, father of two grown sons, and grandfather to three incredibly smart, beautiful little granddaughters. He served as a captain in the United States Army and had a career in real estate prior to becoming a homebuilder. He was the driving force behind the formation of Habitat for Humanity of Ellis County.

“Buzzwords don’t mean much if they aren’t backed up by attention to detail.”

So says Jim Sargent, and he knows whereof he speaks. His firm has tracked the monthly utility bills for every home they built from 1985 to 2000. They had decided, Sargent says, that the only way to understand home energy performance was to monitor home energy consumption. “Along the way, I learned as much as I could from as many sources as I could about energy and resource efficiency, all this long before the terms healthy or green building popped up,” Sargent recalls. And he learned that technique is key.

“I can build a home of sticks, SIPs (structural insulated panels), or ICFs (insulating concrete forms) and all three homes will perform about the same, so long as we are all paying attention to details during construction,” Sargent says. “Picking the strategies, systems, and technologies is the easy part; putting them all together onsite in the right way is the hard part.”

Sargent got off on the right foot in the ‘70s, building energy-efficient homes during the oil embargo. In the early ‘80s, though, he says he fell into the “dark side for a bit, building the pretty parts and ignoring the fact that they were gas-guzzlers.” In 1985, when his first son went off to college, Sargent came back to the light. “It really hit me,” he remembers, “I need to build ALL my homes to support the kind of world I want for my children and grandchildren.”

Sargent doesn’t limit his responsibility, though, to the homes he builds. “To me, green building is about passing it on,” he says. “I have spent a lot of time teaching both builders and high school students how to build well, sharing with anyone who will listen what I have learned about energy and resource efficiency. It won’t work if just some of us change the way we build; it is going to take all of us working together on this one.”