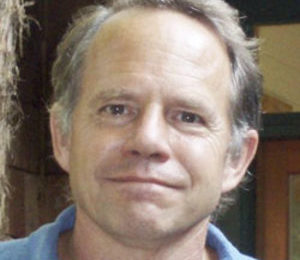 MICHAEL CHANDLER, president of Chandler Design-Build, has been designing and building high-performance homes since 1978. He volunteered with the NAHB Research Center to help create the new NAHB-ICC National Green Building Standard and also worked with his local HBA to establish their Green Building Council and implement a credible third-party certification process. Chandler is a North Carolina licensed builder and plumber, building three to six homes per year, all green, Energy Star certified and under 3,000 sq. ft.

• Board of directors, US Green Home Council Inc.

He comes from a long line of engineers and people who work with their hands.

Michael Chandler’s grandfathers and great-grandfathers invented a way to explode dynamite under water, worked on the Panama Canal, figured out how to mount naval artillery on flat beds during World War I, engineered earthquake-resistant buildings after the San Francisco earthquake, founded MIT, and climbed up the towers and out the cables of suspension bridges to test them for metal fatigue. His father sailed to the Galapagos Islands at 13, and got into computers when they ran on tape drives and took up entire rooms. “He was constantly inventing stuff in the basement that became part of our lives,” says Chandler, “intercoms, burglar alarms, and a heating system for our house that still amazes me.”

Chandler still owns and uses the tools of his father and grandfathers. At the age of two, he (and his dad) walked on the second-floor joists of their home, as it was being built. They put on two additions while he was growing up, designed by a family friend. When he was 16, Chandler spent an afternoon with R. Buckminster Fuller. “He was 87 at the time,” Chandler recalls. “I sought him out then because I was interested in affordable homes, elegant design, and excited about the future. I still have the drawing he used to illustrate our conversation, dated June 9, 1972.”

Chandler received a degree from Dartmouth in sculpture (“only because they didn’t have an architecture degree”). Once he graduated it seemed more likely that he would draw a regular paycheck as a builder than as a sculptor. He already had interned at Moore-Weinrich Architects in Rumford, Maine.

“I was always drawn to architects that were pushing the envelope with passive solar design and innovative engineering,” Chandler says. “It just seemed a whole lot more fun than just throwing up boxes (I had done some of that working in government-subsidized housing for the elderly). I also come with a strong preference for egalitarian workplaces and the people who were building solar were more ideologically aligned with me.”

“To me green building is all about refining the definition of what is best practice in building homes for people to optimize comfort and health and minimize the impact on the environment. I like to also optimize value because that’s a fun part of the game. It’s also easier to make a profit if you can provide great value.”

“And I like the homes to be beautiful because life is too short to waste time building ugly homes.”