Getting Started With LED Lights 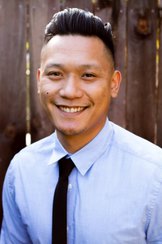 Making the switch to LEDs seems like a simple enough task, until you step into a light bulb aisle. The seemingly never-ending shelves of products can be daunting but understanding some LED basics can help narrow down the choices. Familiarizing yourself with terms like color temperature and color rendering index (CRI) is a good first step. Learning about wattage and adjustability is smart too. These factors, along with a plan for where the lighting will be installed and its function, can aid you in figuring out which LED products are best for you.

First, let’s define what an LED light bulb is. LED stands for light-emitting diode. According to a blog post by energy broker Arcadia, LEDs aren’t actually bulbs. Rather, they are tiny semiconductors wrapped in plastic. Unlike incandescent bulbs, which have filaments that both heat and light when energy flows through them, LEDs have electrons that create photons, or light.

Arcadia also says LED bulbs use 75% less energy than their incandescent counterparts. To put it in perspective, LED flood lamps typically use 11 watts to create a light output similar to that of a 50-watt incandescent lamp. Examples include the Philips 60-watt Equivalent ST19 bulb. To produce the same amount of brightness as a traditional 60-watt incandescent bulb, the Philips LED bulb uses only 8 watts.

How to Wire for LED Lighting

The Continuing Revolution in LED Lighting

When it comes to cost, LEDs are typically more expensive than incandescent bulbs, according to lighting expert Marsha Fogarty. However, she notes, their long lifespan makes up for the initial cost. “Service life is big,” she says, “especially if you have high ceilings or places that are not easy to reach. It’s great to put something in and know it’s going to last for 25,000 hours—for residential applications, that’s years and years.” 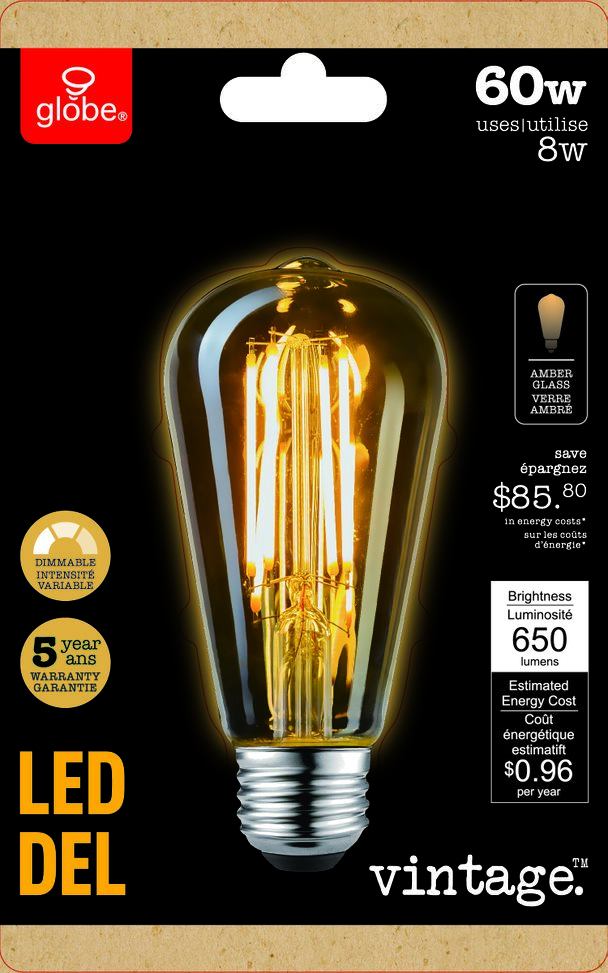 For example, Globe Electric’s 60-watt S60 light bulb lists a 3000-hour bulb life and retails for about $5 at Home Depot. The manufacturer also offers a 60-watt equivalent LED bulb; it is nearly double the price but promises a 15,000-hour lifespan. You are paying twice the cost but for five times the amount of service life.

CFL bulbs are compact fluorescent bulbs. According to Circuit Globe, CFL bulbs use low-pressure mercury vapor gas to produce visible light. CFLs, like LEDs, last longer and use less energy compared to incandescent light bulbs. For example, Feit Electric’s 60-watt equivalent uses 13 watts and has a 10,000-hour lifespan. It retails for a little over $5.

Fogarty says that CFL bulbs came to the market almost as a transitional technology between incandescent and LEDs.

CFL bulbs do have some disadvantages. They are cold-temperature sensitive and unsuitable for enclosed fixtures. According to SuperiorLighting.com, they also have a long warm up time, and come in limited color temperatures. Additionally, dimming can reduce their longevity.

There are a few characteristics you should be aware of when getting into the market for LED lights. Brightness—measured in lumens—is among them. According to the Department of Energy, lumens are a measure of how much light comes from a bulb. More lumens mean brighter light. However, lighting expert David Warfel says that lumens are a misleading metric because it doesn’t indicate how much light will be usable. For example, an 800-lumen LED light bulb might have a big heat sink on the bottom, so most of those lumens rise upward. That means, if you screw the bulb into a reading lamp, more light ends up on the ceiling than on your book.

Warfel advises focusing on color quality instead. “You want to look for some indication of the quality of light,” he says. “The most common metric used is called color rendering index (CRI). The higher the number, the more lifelike everything is going to look—from food on your plate to the skin on your face, it’s going to look better if it’s 90 CRI or above.”

He adds that color temperature is a key factor too. Generally, you’ll want to make sure every light in the house matches in terms of color temperature. Anything between 2700 and 3000 kelvins (K) is ideal, according to Warfel.

Another feature to consider is adjustability or dimming capability. This is especially important in multi-generational households. “I don’t think you should buy an LED bulb that isn’t dimmable anymore,” Warfel says. “I’m in my mid 40s, and according to the IES (Illuminating Engineering Society), which develops the standards for the lighting industry, I need twice as much light as my kids who are 15 and 20. My parents, who are 78 and 80 years old, need twice as much light as I do. So, they need four times as much as my 20-year-old to see at the same level.”

As we age, our eye lenses yellow and discolor, which diminishes the blue light, i.e., daylight that comes through them, Warfel says. In other words, somebody who is 60 years old is not getting as much daylight as somebody who is 25. Warfel advocates increasing color temperature as we age, so that it appears consistent and we have the same level of visual acuity over time.

Most bang for your buck

There are a few products Warfel recommends. The first is a series of LED lamp light bulbs from The Good Life by Technical Consumer Products, Inc. (TCP). Specifically, he advises the A19 Standard, S19, and G25 Globe models because they are similar to incandescent lighting, which makes the transition to LEDs less noticeable. “You screw them in and it’s hard to tell you’ve changed from incandescent to LED, and that’s a comfortable first step,” he explains.

Another recommendation for LED first timers is the MR16 Spotlight from Soraa. This line of lamps is another warm-dim set of options that produce 95+ CRI. Like the Good Life series, these bulbs are available in 3200K to 1800K. “The Soraa light bulbs, which we use in spotlights, have exceptionally good color quality, meaning everything looks the way it would in natural light, or closer to it than other light bulbs,” Warfel notes. You can expect to pay approximately $45 for the Soraa MR16 Vivid Warm bulbs at retailers like 1000bulbs.com.

Lighting manufacturer Cree, which Fogarty recommends, offers a 60-watt equivalent soft white model. The bulbs come in packs of two and retail for about $8 per pack from Home Depot. According to Fogarty, Cree was one of the first manufacturers that was getting LED lighting right when the technology initially came out. She says the company puts out one of the most reliable products on the market.

She also recommends visiting Lightology, an online store that enables users to compare prices between bulbs and see which features add or subtract from cost.

In a nutshell, choosing LED lights is a matter of getting some basic concepts down, and then buying and testing products. There isn’t one light that ticks all the boxes for all demographics and room situations. As Warfel puts it, “Buying an LED light bulb can be a lifetime decision because it lasts so long, so don’t be afraid to by a couple and try them out. Find what you like and then do the rest of the house.”

Brian Alvarado is assistant editor at Fine Homebuilding magazine and finehomebuilding.com. Photos courtesy of manufacturers, except where noted.