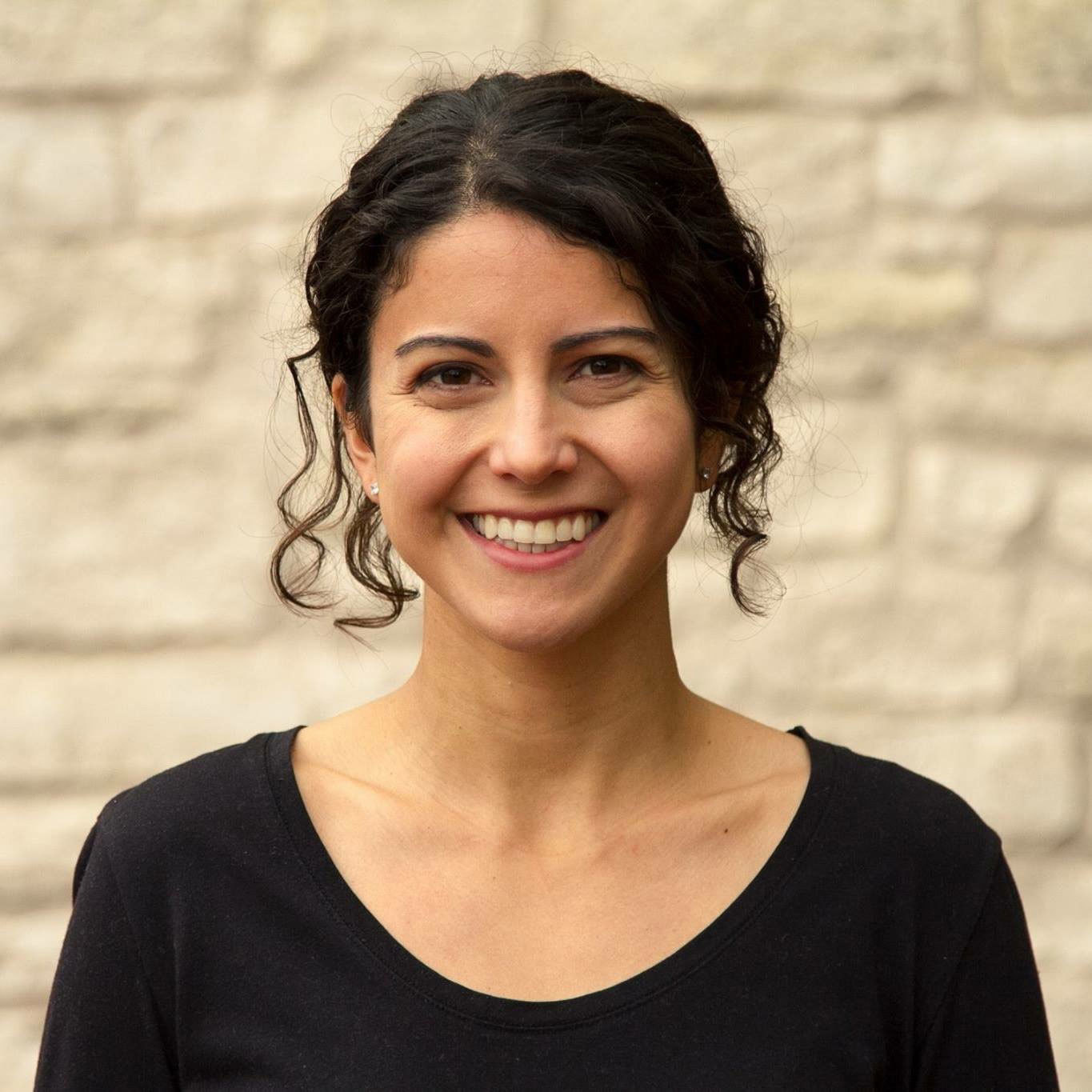 Isbel “Izzy” Palans lives in a small cabin nestled among mountain peaks and towering trees in the Colorado Rockies. Her home is often shaded and, during the long winters, buried under heaps of snow. Her monthly utility bills show credits for solar electricity production, but no solar panels are affixed to her roof. Instead, the power comes from a solar array some 60 miles away.

Utilities Grapple with Rooftop Solar and the New Energy Landscape

Can Low-Income Housing Be Energy-Efficient and Affordable?

Palans is a subscriber to a 145-kilowatt solar array project run by Holy Cross Energy, a rural utility cooperative. Built with state funding, the program provides solar credits to more than 40 low-income households in western Colorado that otherwise wouldn’t have the financial or technical means to access renewable energy. The venture is just one of a growing number of so-called “community solar” projects across the United States focused on delivering renewable energy — and the cost savings it can provide — to low-income households, from California to Minnesota to Massachusetts.

Community or shared solar is broadly defined as a project where multiple participants own or lease shares in a mid-sized solar facility, usually between 500 kilowatts and 5 megawatts, and receive credits that lower their monthly utility bills based on how much power the facility delivers to the grid. The sector has emerged as a bright spot in an otherwise sluggish U.S. solar market, outpacing growth in new residential and utility installations that has been stymied by fading federal and state incentives and the Trump administration’s import tariffs on solar equipment.

U.S. community solar capacity has more than quadrupled since 2016, increasing from more than 300 megawatts to nearly 1,400 megawatts today. That is enough electricity to power roughly 266,000 households. Analysts say they expect another 600 to 700 megawatts to go online this year.

Most subscribers are not individual households

The vast majority of community solar subscribers to date, however, have been businesses, universities, government agencies, and higher-earning households — all of which can generally pay the steep project enrollment fees or meet financial requirements. Meanwhile, those who could benefit the most from access to renewable energy and lower utility bills — low-income residents — have largely been left out of the rise in community solar, analysts say.

Less than half of U.S. community solar projects have any participation from low-income households. Of projects that do include lower-earning families, only about 5% involve a sizable share, or more than 10%, according to a November 2018 survey.

Recently, states and industry experts have been working to change these dynamics. A dozen states and the District of Columbia have developed, or are developing, a variety of mandates, financial incentives, and pilot programs to make it easier for low-income participants to access shared solar. About 50 million households, or 44% of the U.S. total, fall into this income category. Nonprofit developers are also trying new approaches, such as eliminating income and credit score checks for low-income customers, and offering short-term contracts for renters.

“Community solar really should serve the community, and have a diverse subscriber pool with each project,” said Marta Tomic of Vote Solar, a nonprofit in Oakland, California. “If we have this goal of empowering customers, of being able to provide them savings on their electricity bill, we need to close that gap [in participation].”

New community projects on the way

Washington, D.C.’s new Solar for All program, which aims to help 100,000 low-income households slash their energy bills in half by 2032, recently awarded $13 million in grants for community solar and similar projects. And in New York state, a new initiative will cover the enrollment fees and other costs for 7,000 low-income households to join community solar projects. The New York State Energy Research and Development Authority recently awarded contracts for nine community solar projects with a combined capacity of 26.4 megawatts, one-third of which will be reserved for cost-free subscriptions.

“For equity reasons… there’s a basic desire to use community solar as a way to reach groups that wouldn’t otherwise participate in solar,” said Kenneth Gillingham, associate professor of environmental and energy economics at Yale University’s School of Forestry & Environmental Studies. “There is still a market that’s untapped in the low- to moderate-income communities.”

While community solar initiatives vary widely, they tend to share two overarching policy goals. First, states and cities want to reduce living expenses for low-income households, which on average spend 8.2% of their income on energy bills — about three times more than moderate- to high-income households. For decades, government agencies have helped residents reduce energy costs by insulating their homes, replacing leaky windows, or installing energy efficient appliances. Analysts say that in this way, community solar serves as an extension of existing energy conservation and cost-savings programs.

In Colorado, for example, the nearly 400 households enrolled in the state’s eight low-income solar projects save between 15% and 50% on their electricity bills, amounting to average annual savings of $382 per household, the Colorado Energy Office found. In Washington, D.C., nearly 100 households are each saving $250 a year on their electric bills thanks to a 182-kilowatt project by New Partners Community Solar, a nonprofit developer that offers free subscriptions to low-income residents.

Groundswell, a nonprofit community solar developer, is installing 366 kilowatts worth of shared solar on houses of worship in Washington, D.C., which it said will help more than 120 low-income households in the city slash their utility bills in half, with about $500 in annual savings.

The first project is set to break ground in April at the DuPont Park Seventh Day Adventist Church. Pastor Marcus Harris said leaders initially planned to install rooftop solar for the church’s own use, but decided to host the community solar project to spread savings to the neighborhood. “We are always looking for ways to impact the quality of life for those that are in this segment of the District of Columbia and wherever we can,” he said.

No roof space? No problem

Shared solar projects also ensure that it’s not just homeowners with suitable rooftops who can access renewable energy. Nearly half of U.S. households — totaling more than 154 million people — aren’t able to host their own solar arrays because they lack suitable rooftop space or rent their homes. Millions more simply can’t afford to spend tens of thousands of dollars to lease a solar array or pay the enrollment or monthly subscription fees for a conventional community solar project.

“Just because you’re not affluent doesn’t mean you don’t care about the environment,” said Brandy Toft, environmental deputy director for the Leech Lake Band of Ojibwe in Minnesota. “It doesn’t mean you don’t have that drive to do what you can do to help.” The tribal government recently installed a 200-kilowatt solar array on its reservation, using a $490,000 state grant and donations from foundations. Revenues from the solar electricity should help reduce the energy bills of about 100 low-income families, Toft said.

Beyond reduced bills and increased access, proponents say shared solar arrays can provide additional benefits. An array that can connect directly to the grid’s distribution network eliminates the need for additional transmission infrastructure, which can be costly, and avoids electricity losses that happen along long-distance power lines, the Rocky Mountain Institute, a sustainability think tank, said in a 2018 paper. Community-scale systems also occupy an “economic sweet spot” when they’re small enough to efficiently link to the local grid, yet large enough to achieve competitive electricity rates.

If coupled with energy storage systems, local solar projects can also supply backup power if the grid collapses during a storm or natural disaster. At the Maycroft Apartments, an affordable housing complex in northwest D.C., rooftop solar panels and batteries will soon supply three days’ worth of emergency power to a communal “resilience room,” where residents can charge cell phones and refrigerate medications. Under normal conditions, the array will connect to the grid, generating utility bill credits for low-income customers in the neighborhood. New Partners Community Solar, the lead developer, said the $300,000 project will come online this month.

Job training also can be part of the program

Some solar developers also incorporate job training and hiring into their projects. In Minnesota, the nonprofit developer Cooperative Energy Futures works with groups like Renewable Energy Partners to provide on-the-job training for local workers, who could go on to get employment in one of the nation’s fastest growing industries. One of the first installations, a 204-kilowatt shared solar array, is atop Shiloh Temple International Ministries, which sits within a majority African American neighborhood in North Minneapolis where opportunities for employment are scarce. Renewable Energy Partners says it plans to train up to 200 workers in the city.

Brad Boston, a solar contractor in D.C., has so far trained about a dozen people on job sites, including some just released from jail. His firm, Suncatch Energy, works with Groundswell and other developers to install shared solar projects across the city. Boston said he strives to involve more people of color in technical fields such as electrical engineering, a trade that runs four generations deep in his family.

“With all the billions of dollars that are going out [into the economy] with solar, there’s a need to reach people who are most disenfranchised with these work opportunities,” he said.

On average, according to a recent study by researchers at Tufts University and the University of California, Berkeley, black- and Hispanic-majority census tracts have significantly fewer rooftop solar projects than white-majority or no-majority census tracts. For low-income households in particular, said Tom Figel, head of community solar at GRID Alternatives in Oakland, the push for state and local community solar policies is needed to overcome the financial and technical hurdles that prevent more inclusive participation.

“We know the market won’t serve these customers on their own,” he said.