If You Are Flying, You Should Be Buying Carbon Offsets

Air travel has a gigantic carbon footprint — and contrary to popular belief, carbon offsets do make a difference 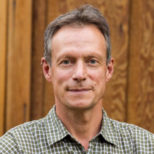 You desperately want to book that flight for the family wedding. But the frightening Fourth National Climate Assessment released by the U.S. Global Change Research Program in November has flipped on the guilt switch for you. Climate change used to be a faint background murmur you could ignore when there were fun places to go. But November’s report is clear: It’s here, and it’s bad.

If Carbon Pricing Is So Great, Why Isn’t It Working?

The good news is, you can offset the carbon generated by your air travel. Offsetting is simple and surprisingly cheap to do. While you put greenhouse gases into the atmosphere in one place, somebody else is paid to take them out in another.

Numerous skeptics frown upon this tool, arguing that carbon offsets are ineffective or even unethical.

The doubts are worth investigating. I have been offsetting my flying for the last few years and, as an environmental ethicist, I want to get this right. So here is how I think the arguments stack up.

Argument 1. Offsets allow the rich to keep on polluting while easing their guilt

Offsets do allow payers to keep polluting, and they are mostly used by the rich. But think about it: Stopping people from flying is not the primary purpose of the offset. In my case, I’m committed to visiting overseas family from time to time. It’s an emissions burden I’m stuck with. By buying offsets, I shrink the harm I cause no matter what. My primary goal is not to lessen the guilt but to lessen the impacts.

If an additional policy mechanism were placed on top of the offsets (for example, a very high price on carbon or an imposition of a carbon emissions cap) then people may feel some economic pressure to fly less. But changing behavior is not the primary purpose of the offset; reducing harm is. In this regard, they work.

Argument 2. Offsets don’t do anything

Do carbon offsets actually reduce harm? It would surprise me if the small amount of money I pay for an offset will actually remove all the carbon I am responsible for emitting during my flight. How can I be sure the carbon removal I’m paying for wouldn’t have happened anyway? Or that it’s not just temporary or shifted to another location?

To address this, buy offsets that are independently certified to provide precisely these assurances. Standards such as the Gold Standard, the Verified Carbon Standard, and Climate Action Reserve exist to help individuals buying carbon offsets feel confident their money is doing what they intend it to do.

Although providing this reassurance remains complicated and a healthy skepticism is appropriate, I trust that concerned and informed people are working hard to make sure that purchased offsets do what they claim.

Some argue that by allowing the rich to buy themselves out of their guilt, carbon offsets end up exacerbating the injustice caused by climate change.

The painful reality of climate change is that the people suffering the greatest burdens are typically those who are least responsible for the problem and least economically equipped to adapt to changing and dangerous conditions. And it’s true that if all offsets do is to validate pouring more and more carbon into the atmosphere, they might indeed make poor people’s lives worse.

Fortunately, there are reasons to think they do exactly the opposite. Carbon offsets invested in the developing world represent a transfer of wealth — albeit a small one — from the rich to the poor. Such transfers can reduce global injustice if they are invested in infrastructure that improves the lives of those at risk, for example, in forest restoration, renewable energy infrastructure, or more efficient cook stoves. To the extent they provide a buffer against the effects of climate harms already occurring, they are on the right side of the moral ledger.

Argument 4. Offsets only serve to indicate how unwilling you are to change your wasteful ways

Yes and no. Buying a carbon offset is only necessary if you are committed to carrying on emitting carbon. And the reality is that, with current transportation infrastructure, most of us are.

On the other hand, paying for a carbon offset indicates a willingness to put your money where your mouth is. It can increase renewable energy generation infrastructure and create visible examples of greenhouse gas reduction projects. Restored and protected forests, methane capture projects, and solar and wind farms are a statement about a certain kind of future. If you tell your friends what you are doing, offsetting also creates a social pressure for others to recognize there is a cost to carbon.

To be sure you are on the right side of the offsets debate, a few more conditions must be met:

First, any offsetting must be accompanied by continued efforts to reduce your own emissions and to persuade elected officials to pursue a less carbon-intensive path. Buying an offset is a stop-gap measure. Nobody should think this is all they have to do to address climate warming.

Second, even as you purchase offsets, remain skeptical about whether the shockingly small amount they cost is actually enough. To compensate, consider purchasing 25% or 50% more offsets than the trip demands.

Third, offsets should not provide an excuse for shifting the burden of climate change mitigation entirely to individuals. Nothing you do is going to come close to what corporations and governments must accomplish on a far larger scale.

With these conditions in place, however, the conclusion is clear. Though not a perfect fix, the moral argument leans strongly toward purchasing offsets. They are absolutely an imperfect tool. But they absolutely make a difference.

Christopher Preston is a University of Montana philosophy professor and author.