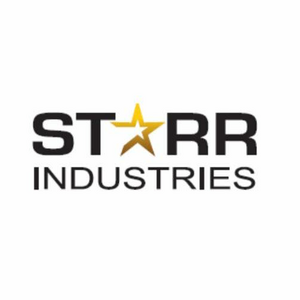 By GBA Team | December 1, 2011
View Gallery 5 images
A Passivhaus home in Ireland. A striking new house in County Cork proves that meeting the passive house standard needn’t mean sacrificing good design, while the dwelling also boasts an innovative infrared heating system, green materials, plus a unique approach to using climate data in low energy construction.
Image Credit: All photos: Construct Ireland Architect John Morehead patented a unique heating system for the house, with localized infrared emitters (electric resistance heaters) using rectangular ceramic elements that are manufactured in west Cork, such as the one seen here at the center of the bulkhead on the top left Glazed folding walls upstairs divide the main living space from the porch outside. "Quite a substantial area of the accommodation can be opened up to the elements outside the heating season," John Morehead says The design of the house was heavily influenced by its location on a water frontage, with living spaces located upstairs to maximize views down to the river This balcony faces the view to the riverfront.

Sally O’Leary says that when a site became available near the site of an old family home, she couldn’t pass up the opportunity to buy it. She’d been looking for a site to build on with her husband John. “We always wanted energy efficiency, I think nowadays that’s something that people have to do,” she says.

The spent a few years trying to get planning permission before turning to Cork-based Wain Morehead Architects. For Sally, it was important their design showed respect for their site — an awkward, sloping patch of land overlooking a local river.

The couple wanted a timber frame house, but as the design envisaged the house partially nestling into the ground, using timber wasn’t structurally feasible for the lower floor. John Morehead originally planned to use concrete block with external insulation here, but contractor Twomey Construction suggested going with insulated concrete formwork (ICF) instead.

“It’s very accurate,” the company’s Brian Twomey says of ICF. “You can get it very precise.” He’s also drawn by the fact that the structural, insulation and airtightness components of the wall are built in one system by one type of tradesperson.

Killarney-based Thermohouse supplied the ICF system — essentially two vertically-stacked walls of polystyrene block, built up like Lego, with concrete poured between. The walls have a 100 mm (4-inch) service cavity on the inside — this is insulated with Rockwool and lined with Fermacell board, a mixture of gypsum, recycled paper and water.

The ICF system features 100 mm (4 inches) of gray EPS insulation on the outside and 50 mm (2 inches) on the inside, with a 150 mm (6-inch) concrete core sandwiched between. The concrete layer was beefed up to 200 mm (8 inches) for structural support where the wall was built into the ground, and the walls are reinforced with extra steel here too. “We can design ICF buildings to withstand earthquakes of up to 7.2 on the Richter scale, and up to ten stories high,” Thermohouse’s Jack O’Driscoll says.

“It would certainly be a much faster build than a traditional type building,” O’Driscoll says of ICF. Thermohouse frequently uses ground granulated blast-furnace slag — a low carbon “green” cement derived from recycled steel industry waste — for its projects too. The company can deliver ultra low U-values by beefing up the outer layer of EPS, and can supply ICF roofing systems too.

At Carrigaline, the house has a standard raft foundation, and the ground floor features 140 mm (5.5 inches) of Kingspan Styrozone insulation and another 60 mm (2.4 inches) of Kingspan rigid insulation. The first floor was built with a timber frame system manufactured by local firm Eco Timber Frame. The company’s Donal Spillane calls the project a “flagship house” for the company.

Eco Timber Frame – who previously worked with Cyril Mannion of Passive House Builders on a certified passive house in Athenry – say they can deliver U-values as good as 0.09 W/m2K with their system. “It’s always a balance between cost and extremely low U-values,” says Donal Spillane. “Once it’s below 0.15 W/m2K, that’s adequate for most situations.”

But Morehead found flaws in the figures for Dublin. “There was too much solar radiation and temperatures were too high in January. It was effectively indicating that it was much milder and sunnier than it is,” he says. Someone designing a house with such data could inadvertently underestimate the energy needed to keep it comfortable and under-specify the heating system.

Ireland is a small island with a big coastline and varied topography, so our climate varies a lot from place to place — Morehead says this makes it particularly important to use site-specific rather than generic climate data. Wain Morehead Architecture now produce location-specific data using a methodology suitable for use in low energy and passive house buildings, taking into account data from local weather stations, satellite data and local topography — all processed with specialist software.

Using site-specific climate data for the Carrigaline passive house — in the sunny south west — allowed Morehead to design the house with a lot more glazing than you might expect possible.

Morehead says if he’d used data from Birr or Dublin and built the house with more insulation and smaller windows, it might have hit the passive house standard but been less comfortable to live in. “It’s all about achieving a balance,” he says. He adds that choosing windows that let through as much solar radiation as possible — measured in a figure known as g-value — is crucial. “I believe on the south side it’s even more critical than the U-value of the glass,” he says.

He specified Katzbeck triple-glazed aluminium-clad larch windows for the project, supplied by Cork-based West Building Products. The windows have an overall U-value of 0.82 W/m2K, and a g-value of 0.55 – the scale for g-values goes from zero to one, with higher figures meaning greater solar gains. Morehead says the glazing specified reduced the house’s heat load by 2KW compared to using windows with a g-value of 0.52.

An airtightness test at the house produced a result just under the required passive house standard of 0.6 air changes per hour under pressure test conditions of 50 pascals. “We’ve got a lot of folding doors and things which are pushing things to the limit,” Morehead says. “We hit the target, we were very relieved.”â€¨â€¨

On the ground floor, the external render [stucco] acts as the airtightness layer — this ensures continuity with the windows, which do not physically connect to the concrete wall element in ICF. The OSB board serves as the airtightness layer in the timber frame upstairs, and is joined to the render downstairs by an airtight membrane. “We had to be very considerate of the junctions before we even started building,” contractor Brian Twomey says.

“Airtightness was a major issue,” adds John Kiely, electrician on the project. He says building airtight meant all electrical runs had to be planned in detail with the architect and contractor before work started. “It obviously took longer than usual, but paying attention to detail was very important. I would have made all my staff aware of airtightness and how important it was.”

John Morehead adds: “There’s quite a busy road across the river, and you can’t hear a squeak. I think it’s a lot to do with the airtightness achieved. It’s absolutely silent in there.”

He attributes the struggle to get to the passive airtightness standard to the complex shape and articulation of the house. A large folding wall on the first floor divides the main living space from the porch outside. “Quite a substantial area of the accommodation can be opened up to the elements outside the heating season, taking account of the fact that the principal accommodation is located on the upper floor level. The deep roof overhangs and balcony actively prevent overheating in summer,” he says.

The design of the house was “heavily influenced by the fact we were on a water frontage”, he adds — for a start, the living spaces are upstairs while bedrooms are downstairs. “We wanted to maximize the views down to the river and facilitate and encourage family activity, inside and out, on the upper level.”

Morehead took an unconventional approach when deciding how to heat the house — he designed a unique infrared [electric resistance] heating system that he’s since patented. “We’ve got localized infrared emitters using ceramic elements manufactured in west Cork,” he explains. He says infrared radiation has a wavelength that’s easily absorbed by the skin, meaning it can heat the occupants of the house easily at a lower temperature than is usually required. The house should be run at 18C – in contrast 20C or 22C might be typical in a conventionally heated house.

Morehead says that because it only generates a wavelength that is “useful”, it’s extremely efficient. “It heats the person but not the air, permitting the ambient temperature to be maintained throughout the dwelling.”

The system can be activated individually in selected rooms, allowing the O’Learys to maintain comfort as required on a room-by-room basis. Powered by mains electricity, it’s also integrated with the house’s heat recovery ventilation system. Sally was happy to be a guinea pig for the infrared system. “[John Morehead] lent me a prototype that I put in the kitchen and I didn’t want to give it back,” she laughs. “If he could design one for every woman’s handbag he’d be the richest man in the country.”

The O’Learys moved in to the house in April. “At the moment we’re running at a comfortable 20 degrees of temperature constantly, and that’s without heating,” Sally told Construct Ireland in June. “We’re looking forward to minus ten this year! We don’t have any worries.” She jokes that when it does get cold they can “always do something mad like turn on a towel rail.” â€¨

Contractor Brian Twomey says the house presented a combination of challenges — a tricky structure, a unique design and the need to hit the passive standard. “It’s easy to do one but trying to do all just made it that bit more complicated. Every time you consider a junction you have to consider the thermal bridging, the structure, the airtightness and then you’ve got to consider the aesthetics.”

The team analyzed the house using thermography to look for cold bridging during the cold snap in January. “We did a lot of work there with the camera during the cold spell and it was remarkable the lack of cold bridging. Obviously the client hasn’t been through a full winter, but we found at the depths of winter…you had guys working inside in their t-shirts,” Twomey says.

John Morehead says working with a trusting client and a great team made a potentially awkward build much easier. “It was a joy to work on, which can be rare for such a complex project,” he says.

“Everyone involved was locally based, and that was really nice,” he adds. “Everyone knew each other and they were all very interested in achieving the passive house standard.”

He says the house is proof that a “reasonable standard” low energy design can go passive without major modifications — and without sacrificing good design. “It doesn’t have to look like something designed by a physicist,” he says.