Let’s Mine Our Landfills

Many old landfills contain useful materials that may be worth extracting, and mining them offers other benefits 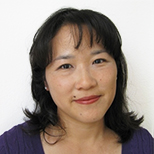 The car tires were abundant and easy to spot. As were newspapers, made from trees with tough cell walls. Then there were tons of soil, aged and packed with decomposed garbage from the 1980s, when Madonna belted out “We are living in a material world, and I am a material girl,” and Star Wars brought us a future that didn’t seem to include trash cans anywhere.

At the closed Perdido Landfill in Escambia County, Florida, they’re digging into the past to eliminate old garbage that could contaminate groundwater and to clear space for future trash. In the process, they’re also mining for any treasure that could help offset the cost of doing so. During its first phase, which ran from 2009 to 2011, the dig uncovered a copious amount of soil that was then used to cover up new trash, a practice required by federal and state regulations.

Landfills Are a Big Methane Problem

The project, which will start Phase 2 in 2019 or 2020, is a classic case of landfill mining — an intriguing idea to address multiple growing problems worldwide: increasing population, depleting natural resources, and climate change.

The biggest challenge to make landfill mining work is economics, experts say. The cost of excavating trash, sorting out valuable materials such as metals, and then reburying the rest tends to exceed the revenues from selling recovered materials.

“Resource recovery alone can’t justify these projects financially,” says Joakim Krook, associate professor in the Department of Management and Engineering at Linköping University in Sweden. “They need to have alternative benefits.”

However, if alternative benefits — such as the value of preventing pollution, lowering greenhouse gas emissions, reducing the need to mine new materials, and making room at an old dumpsite for modern, more environmentally friendly waste disposal — are factored in, landfill mining in some cases becomes an attractive option.

Landfill mining can be traced back to a 1953 project in Israel to find fertilizers for orchards by scooping up soil from decomposed trash.

Few other projects were reported until the 1990s when, in an effort to prevent groundwater contamination and other pollution, new regulations in the U.S. required landfill owners to use plastic liners and soil to sandwich the garbage like a layer cake.

The national effort to modernize garbage dumps shut down many old landfills and required 30-year monitoring of closed dumps for groundwater contamination and methane gas production. It also forced communities to look for new space for landfills.

Digging up closed landfills to make room for new ones has been one of the goals behind some of the landfill mining projects that have sprung up since the 1990s. Other goals include eliminating a potential source of pollution, reclaiming valuable materials, and acquiring waste to burn to generate steam and electricity, says Jeremy O’Brien, director of applied research at the Solid Waste Association of North America, an industry trade group.

The U.S. has seen sporadic projects scattered across the country with a variety of primary goals. For example, the main goal of a 1989 project in Connecticut was to move waste from an unlined cell to a lined one, and a 2000 effort in Iowa aimed mainly to protect groundwater and recover space.

The costs and benefits of landfill mining can vary so widely that projects that aren’t deemed cost-effective in one place could be considered worthwhile elsewhere.

The city of Denton, Texas, for instance, scrapped a project to excavate a 30-acre site last year after determining that it wasn’t going to generate nearly as much revenue from selling recyclable materials, such as metals and plastics, and creating new landfill space as had been anticipated back in 2015.

In southern Maine, on the other hand, a four-year reclamation work that began in 2011 created an estimated $7.42 million worth of recovered metals, according to Travis Wagner, professor of environmental science and policy at the University of Southern Maine and co-author of a study of the project that was published in the journal Waste Management. A private scrap-metal company contracted with Ecomaine, the nonprofit owner of the landfill, to mine metals from the site.

The landfill wasn’t your typical garbage pile, however. It was a space reserved for the ash created by a nearby incinerator that vaporized trash from the regular landfill onsite, such as auto parts and mattress springs, to produce electricity. The process creates the ash with a concentrated amount of metals. The ash also contains metals that are uniformly distributed in the pile. The metals included steel, silver, copper, and aluminum.

“At a regular landfill, the metals aren’t uniform, and to get to the metal, you have to get rid of a lot of nasty crap and rocks. It’s expensive to process that waste,” Wagner says. “If you want to mine something, you want to know exactly what the metals are and their concentration.”

The Escambia County project dug up mostly soil made from decomposed organic materials mixed with dirt used to cover the garbage. Roberts says the soil is valuable because it could be used to cover trash in the adjacent, active part of the landfill. Reusing the soil reduces the need to buy and truck in soil from elsewhere. The ability to rebury unwanted trash in the newer section of the landfill also helped to lower the project’s cost.

“A lot of the economics of it is due to transportation — you don’t have to haul mined garbage across the county,” Roberts says. Even so, the soil was only the second-most valuable item recovered. First was the room for more garbage. “The value is not necessarily in the recovered materials. It’s the air space you will gain — that’s worth a fortune,” he says.

The first phase of the project cost $2.7 million in mining and processing the long-buried waste, and another $3 million to build new landfill space of 2.8 million cubic yards (2.1 million cubic meters), Roberts says. That new space will bring in $60 million in fees charged to haulers. Overall, the return on the investment is at least fivefold, he says.

Similarly, a 2015 project in Washington State didn’t generate a lot of money from recovered metals, mostly unidentifiable rusty pieces, but it cleared out space for a new stormwater detention pond and created a new landfill space, or cell, in the pond’s former location.

“It was not a spectacular success in terms of recovering resources. However, we did successfully relocate the waste into a modern cell to mitigate risk to the environment,” says Pat McLaughlin, director of solid waste division for King County, which operates the Cedar Hills Regional Landfill. “We were able to upgrade our stormwater detention system and increase landfill capacity in the new cell.”

The project took place in part of Cedar Hills that began burying trash in the 1970s, next to an area built to modern standards. The project provided good lessons for the county to experiment with excavating and relocating old garbage, an undertaking that could be under consideration in the future, McLaughlin says.

Currently landfill mining projects are few and far between. However, some see that the situation is due to change.

A good number of academic and government-funded research projects in Europe, including in the United Kingdom, Belgium, Sweden, and Germany, are working to shift the cost-benefit balance of mining materials from landfills by bringing down the sorting costs and factoring in the value of the environmental benefits that can be gained. Projects range from improving the technology for sorting and recovering materials to calculating environmental benefits, such as reducing greenhouse gas emissions, from using previously mined materials, says Krook.

“Right now, I would generally say that there’s a lot of landfill capacity out there. When supply starts to dwindle then you will see more interest in this,” O’Brien says.

While landfill mining can create values beyond pure profits, for now the waste management industry is paying more attention to solving sustainability problems through promoting recycling and other efforts that divert trash from landfills.

“It always seems silly that we put in all this energy to produce these materials and goods, and then we dispose of perfectly good materials,” Wagner says. “Meanwhile, we are mining and producing more virgin materials.”

O’Brien echoes the sentiment. “Once we stop new materials from reaching landfills, then we can focus on reclaiming old ones,” he says.

Ucilia Wang is a California-based environment and technology journalist.