Passive Cooling in a Tiny House 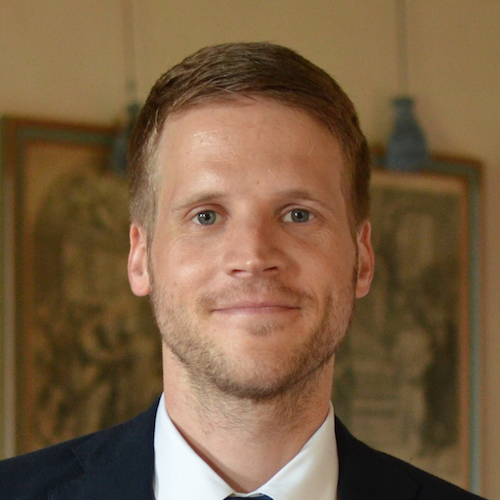 As the world warms and the demand for cooling increases, many homes will require an “all of the above” approach to keep cool without further contributing to global warming. That can include high-performance cooling systems that use climate-friendly coolants and consume relatively little energy, as well as building design approaches that offset the need for mechanical cooling in the first place.

In this post, we look at some passive cooling strategies that help keep an innovative tiny house comfortable during California summers, without the use of a mechanical cooling system.

Brett Webster, a manager in the Carbon-Free Buildings program at the Rocky Mountain Institute, lives in a 170-sq.-ft. home in Sonoma County, California. Brett and his partner helped design and build the solar-powered tiny house as part of a graduate project, and they have lived in the demonstration home for about five years. The home itself was built on a 24-ft.-long trailer and can be hitched to a truck for relocation. So even though Brett and his partner have lived in their tiny home for years, they have moved twice in that time between Northern California locations (and their respective microclimates).

The walls of the tiny house are clad in reclaimed cedar slats over 1-in.-thick panels of cork, which provides a layer of continuous insulation, reducing the thermal bridging of the wooden wall framing. Because the carbon sequestered in cork trees can exceed the carbon emissions of producing cork products, cork is often considered a carbon-negative material. The cedar siding is separated from the cork by an air gap, which allows the wooden slats to shade the cork and absorb solar radiation, while slowing the rate of heat transfer directly to the house. The walls of the structure are insulated with recycled denim to further limit heat gain in warm weather and heat loss in cool weather.

Pulley-mounted shade awnings, made from cedar slats to match the siding, cover the largest expanse of glass on the tiny house: a sliding-glass door at the entry to the home. Webster says that the shade structure extends far enough to block solar radiation from pouring through the glass entryway in summer, but it can let in sunlight and heat in winter, when the sun is lower in the sky.

The ability to shade the windows in summer and admit sunlight during the winter is critical to maintaining passive comfort in the house. The windows that the design team chose for the tiny house are well-insulated (low U-value) but are also designed to let the sun’s heat in (high solar heat gain coefficient), because the Bay Area is mostly a heating-dominant climate zone. During the summer, when that heat gain is not desirable, shading the windows is a necessity.

A layer of BioPCM phase change material in the ceiling acts like thermal mass to absorb and store heat that would otherwise warm the interior space. Adobe buildings and concrete-walled structures similarly benefit from thermal mass that prevents the interior from becoming overheated during the day. But phase change material is lightweight, making it more appropriate for applications like the ceiling of a tiny house, and it doesn’t have the carbon footprint of concrete. (Cement production alone accounts for about 8% of global carbon emissions.)

The phase change material, which comes embedded in sheets that can be rolled out between ceiling joists like high-tech bubble wrap, melts from solid to liquid at 77° F (25°C). As it changes phases, the material absorbs a lot of thermal energy, preventing the temperature from exceeding 77° until its heat-absorbing capacity has been reached, like a sponge that can’t soak up any more water.

The tiny house’s roof is designed to harness much of the sun’s energy and reject the rest. A 2.3-kilowatt solar array shades much of the tiny house’s roof and feeds into a Tesla Powerwall battery to store electricity for nighttime use. The “cool roof” is also covered with a light-colored acrylic roofing membrane to minimize heat gain from solar radiation.

Some energy required (but not much)

In addition to the passive cooling approaches described above, the tiny house relies on a few efficient electric devices to provide airflow and ventilation. Even though they don’t qualify as strictly passive technologies, ceiling fans and other efficient electric devices have long gone hand-in-hand with passive cooling approaches. The ventilation and airflow systems in the tiny house consume very little energy and allow the building to remain comfortable without a dedicated mechanical cooling system.

A high-efficiency overhead ceiling fan consumes 4–18 watts of electricity and ensures occupant comfort in warmer temperatures. “Airflow creates a cooling sensation that’s extremely effective,” Webster says. According to the U.S. Department of Energy, using a ceiling fan can significantly offset the need for air conditioning, allowing occupants to raise the thermostat by about 4° F without sacrificing comfort.

The well-insulated structure is designed to be closed off to the outside during hot days in the summer, so the windows do not provide any natural ventilation during the daytime. The tiny house therefore relies on an energy recovery ventilator to bring fresh air into the house. An energy recovery ventilator uses a heat exchanger to reduce the thermal energy of the outside air before it enters the house, thereby providing ventilation without flushing warm air into the building. In the winter, it does the reverse, using the heat of the outgoing stale air to warm the incoming fresh air.

The tiny house’s passive design and minimal energy requirements for ventilation make it fully capable of going off-grid, especially in the summer months when solar energy is abundant. And even if most of us aren’t ready to commit to living in a 170-sq.-ft. house on wheels, the lessons from Webster’s tiny house and other passive homes provide a powerful reminder: Even for energy-intensive applications like cooling, with thoughtful design, you can do a lot with a little.