How We Use 322 Billion Gallons of Water Every Day

From cooling power plants to quenching thirst and growing crops, water is part of everything we do 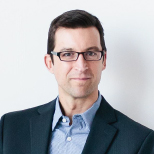 As climate change, urban development, irrigation, and other factors are altering the availability of water, it’s important to understand how we use water on a daily basis in the U.S. — and where the opportunities are for using it more wisely.

A recent report from the U.S. Geological Survey (USGS) provides an overview of water withdrawals across the country.

Should You Worry About PFOA in Your Water?

Is Your Drinking Water Safe?

Is There Lead in the Water of Your Green Building?

Is Water Consumption a Class Issue?

The report includes a few surprises. For example, did you know Idaho withdraws the most water nationwide for aquaculture? That Arkansas — the 33rd most-populous state — withdraws the fifth most water, mainly for crop irrigation? Or that power plants are the largest users of water in the country?

The following maps and data visualizations paint a picture of how and where America uses its water.

According to the USGS, freshwater and saline water (seawater and brackish coastal water) withdrawals in the in the U.S. in 2015 totaled approximately 322 billion gallons (1.22 trillion liters) per day — 9% less than in 2010. This decline occurred even as the U.S. population increased by 4%. As the map below shows, thermoelectric power generation and irrigation were the dominant uses of this water. On a typical day in the U.S. we withdraw enough water to fill 1,163 Empire State Buildings. While that might sound like a lot of water, in a year we withdraw an amount equal to just 4% of the total volume of Lake Superior — the largest of the Great Lakes and the third largest freshwater lake in the world by volume.

The majority of water withdrawals — 61.5% or 198 billion gallons (750 billion liters) per day — came from surface water such as lakes, rivers, and streams. Approximately a quarter of freshwater withdrawals, totaling 82 billion gallons (310 billion liters) per day, were from groundwater. The remaining 13% came from saline sources. The top five states overall for water withdrawals are California (9%), Texas (7%), Idaho (6%), Florida (5%), and Arkansas (4%). It’s interesting to note that New York — the fourth most populous state in the country with nearly 20 million people — isn’t on the list — showing that water use isn’t directly related to population.

This USGS map shows total water withdrawals by county. The bigger the circle, the larger the withdrawal. An interactive version of this map can be viewed on the USGS website. Public supply refers to water that is used for domestic purposes — drinking, washing clothes and dishes, bathing, watering lawns, etc. — and public services such as pools, wastewater treatment, and firefighting.

According to the USGS, 283 million Americans — 87% — got their drinking water from public facilities in 2015. The remaining 13% relied primarily on private wells. Nevada had the highest self-supplied domestic per capita use. This map of New York and surrounding states shows that public supply withdrawals often peak close to population centers. New York City receives much of its water supply from the counties in and around the Catskill Mountains north of the city.

Overall, public-supplied domestic water use has declined since 1995 due at least in part to increased consumer awareness, improvements in technologies, and leak detection. Withdrawals for power generation are most dominant in the southern and eastern parts of the U.S., with Texas, Florida, Illinois, Michigan, and New York leading the way. Surface water withdrawals account for nearly all of the water used in this category. Most water withdrawn by power plants is returned directly to the source after being used to cool the steam that drives thermoelectric generators. Overall withdrawals for thermoelectric power declined between 2010 and 2015 — coinciding with a nationwide decrease in coal use and an increase in water-efficient power generation, among other factors.

Indiana and Louisiana are the two dominant states for industrial water withdrawals. Together they account for 30% of industrial use nationwide. In northwestern Indiana these withdrawals are largely for steel production, whereas Louisiana uses large quantities of water for the chemical and petroleum industries in the southeast portion of the state. Bringing this all closer to home and down to the individual level, according to the EPA, the average U.S. household uses more than 300 gallons of water per day. In a typical residential dwelling, 70% of this usage occurs indoors — primarily in the bathroom. Preparing for the future

The USGS has been collecting nationwide water withdrawal data since 1950. During that time withdrawals peaked in 1980 and have been mostly declining since.

Water availability has created a pattern of water use and development around the country (for example, we build power plants at the intersection of power need and water source). As development grows and water availability shifts, we may be creating a disconnect between need and availability. To prepare, we need to think about ways to be more strategic about how we tap our water resources — not just conserving, but also segmenting water into different categories and diverting each to the most appropriate use.

Todd Reubold is the publisher, director and co-founder of Ensia.