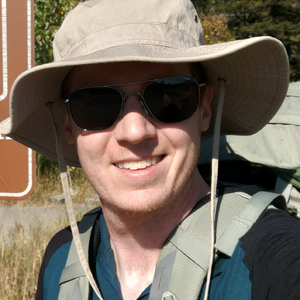 Wondering if anyone has experience with or access to detailed performance data on American Standard heat pumps….

(Still) trying to figure out HVAC on my remodel situation (zone 5).  Manual J (done by Energy Vanguard) puts my loads (in btu/h) at:
2nd floor:  10k heating / 5k cooling
1st floor: 14k heating / 12k cooling
Basement: 9k heating / 0 cooling (with the unrealistic condition of being uninsulated & unfinished but fully conditioned — I’ll either insulate, or accept the basement being colder, or both.)  I also went conservative on these load calcs, derating my exterior polyiso to R-5/in.

The 2nd floor (with 2 bedrooms, a bathroom, laundry, and a study open to the staircase & hallway) I’ve been seeing as a pretty good match to a Fujitsu 9k mini-ducted unit (ARU9RLF / AOU9RLFC).

The 1st floor (mostly open, but with a bath, bedroom, and office off to one side) could be handled a couple different ways.  My gut says a 15k ductless (15LZAH1) would be fine and probably carry the whole house in most conditions — in a past question I posted, Kyle R described a very similar setup that works in his house.  This would likely be the lowest cost (eliminating any ductwork).  Other approaches that would serve the more closed-off rooms on the first floor would be a ducted mini (like the 18RLFCD), or a multi-split with a ductless head in the open area and a ducted head serving the side rooms.  In the first case, the basement would just be indirectly conditioned; the second or third options could provide ducted conditioning to the basement as well.

I’ve delved fairly deep into the Fujitsu data and convinced myself that these approaches seem reasonable; I like Fujitsu because they have good modulation, significantly higher heating output than cooling (matching my load conditions), and they maintain that output at low temperatures (design temp of 5F, and while our winter averages are in the 20s, it seems like every year now we get a polar vortex where it’s below 10 for several days straight.)

I found a local installer and we discussed these options, but he’s kind of down on mini-splits (ducted or ductless) due to poor humidity control compared to his preferred solution, American Standard split-system heat pumps.  He just quoted the following for me:

1st floor and basement: American Standard AccuComfort Platimum 18 series (4A6V8024A1000C + TEM8A0B24V21DB + AMSHTR1510BRK) (~$11k, plus $2k in recommended upgrades (humidifier and fresh air intake ducted to return, recommended instead of an ERV), plus $4-5k if I want to replace rather than reuse the existing crummy ductwork).

Aside from the pricing being way more than I had been planning on, I’m not sure that the proposed American Standard system really measures up to the Fujitsu, but it’s hard to tell because I can’t find detailed performance data on it.  On the surface, it’s quoted as 18 SEER, 12.9 EER, and 9.6 HSPF — compared to the 18k ducted Fujitsu at 19.7 SEER, 11.3 EER, and 12 HSPF, or the 15k ductless at 25.3 / 13.3 / 13.9 — the biggest differences are in the HSPF, and I’m in a heating dominated climate.  The NEEP ASHP list doesn’t include this specific American Standard unit, but looking at others in the same family, they’re about 86% of nameplate capacity at 47F, and 55% of nameplate capacity at 5F — so that backup resistance electric heat seems necessary, while with the Fujitsu units it probably wouldn’t be.  I’m also not convinced that these units are actually inherently better at handling humidity — the installer was describing overcooling with the air conditioning and then reheating with the resistance heat for humidity control — but again, without detailed data on the units, it’s hard to tell.

So, from a pricing perspective, I’m being quoted somewhere between 16-28k, while I’m looking at pricing online and guesstimating that I could get a ducted 2nd floor, ductless 1st floor, some new tools, and the EPA cert for less than 8k, and leave some money on the table for an actual HRV or ERV, at the expense of my time and voiding the warranty (for whatever it’s worth).  I don’t begrudge tradespeople their time and expertise, but I’m also fast running out of money on this project….  I’ve also invested a lot in my building envelope with the hope of saving money on mechanicals (both capex and opex).

From an equipment selection perspective, I’m not an expert, just have read a lot, but I don’t know if I’m making an accurate assessment with my plans, or if I’m missing something critical.  Likewise, this installer seems like a sharp guy and seems to be concerned about the right things, but I’m not convinced that the equipment he’s proposing is really the best option — in particular, I don’t see the advantage of the american standard split system over a fujitsu mini-ducted, and despite all the caveats of choosing a ductless over a ducted unit, it seems like ductless units are popular and work well for the people who have them.  But, without detailed data on the american standard, I can’t really do an accurate comparison to fujitsu (and honestly while the fujitsu data table is not bad, I wouldn’t mind even more data than they provide — with enough performance data points and some historic weather data, it wouldn’t be too hard to simulate unit performance and come up with kind of a personalized SEER / HSPF rating.)

Now that I’ve written enough to print a small book just of my GBA questions, anyone have thoughts on the above?