How to air seal a rim joist that isn’t resting on the foundation? 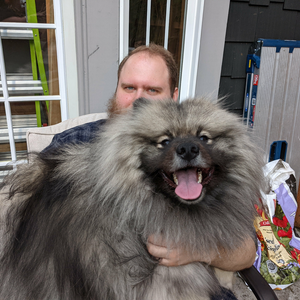 manbeardo | Posted in General Questions on October 30, 2021 12:21am
I just found a giant gap in the envelope of our house and I’m at a loss for how I could reasonably air seal it. It’s a 1912 craftsman in climate zone 4c. It has a basement, 2 floors, and the 2nd floor extends ~7′ over the front porch. It appears that the front foundation wall was replaced at some point. That wall is blocks and all the other basement walls are poured concrete.
I recently did a lot of work on the mechanicals that left several old holes in the rim joist unused, so I started doing some cut and cobble around the rim joists to make the basement less breezy. Upon removing the fiberglass batts and crumpled 1948 newspapers from the front joist bay, I felt a lot of air blowing in. On further inspection, I found that there is no sill plate on that foundation wall and there’s a large gap between the rim joist and the outside face of the foundation. There’s some old siding hanging from the outside face of the rim joist that doesn’t reach all the way to the ground, leaving a >3″ channel between the foundation and the siding.
How would you approach closing off this giant hole for the coming season? I’m planning to reside the entire house and add external insulation within a few years, so it doesn’t need to be 100% airtight. I can live with air leaking in where the board subfloor protrudes out underneath the porch, but a 3″x25′ hole is a bit much.

NOTE: 1st picture is exterior under the porch. 2nd and 3rd are interior.