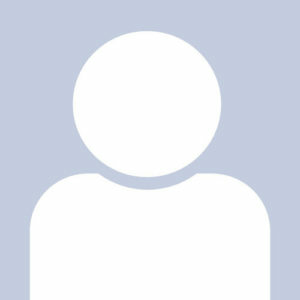 Hello All – we have a ~1700 SF place (not counting a full unfinished basement) in NH that has an old 3 zone oil boiler which is starting to leak.  At present it is a second home, so there are stretches that we aren’t there for several weeks.  As we don’t have A/C, I’ve been researching the possibility of switching over to mini-splits and adding a heat pump water heater.

The house has a bit of an odd layout, and a couple of contractors that I’ve spoken with suggest 3 units on the first floor and 2 floor consoles on the second floor which only has 2 bedrooms and a half-bath.  The contractor I have the most confidence in suggested 2 outdoor -15 degree units to support the 5 indoor wall/floor, as he indicated he couldn’t get an outdoor unit that runs more than 4.

The big question I’m wrestling with is whether I can get rid of the boiler.  I’m getting mixed feedback from people on whether I’ll be happy with the comfort profile of mini-splits alone if I’m used to FHW heat.   The house isn’t particularly well insulated at this time, but I can solve that problem, but I’d still have to use 5 wall/floor units.  If I do go the mini-split route, is having 2 outdoor units the best/only option?

Another wrinkle to this is that the house came with a wood stove, but the chimney needs a liner to operate.  One thought I had was swapping that out for a propane gas stove that I could put on a thermostat for aux heat if needed.

If I were to solve the heating problem only at this time by getting a new boiler, is it fair to say I could downsize the mini-splits at a later date for cooling and to take some load off the boiler?  As far as boilers are concerned the Energy Kinetics line looks solid.  I have quotes for an Ascent Combi tankless and Frontier w/ external tank – generally it would be just me and my wife with guests and adult kids joining us on occasion. I’m Ok with the pros/cons of a tankless if that’s the lowest operating cost going forward.  As I mentioned we aren’t there for good stretches so I’d prefer not to keep water heated for no reason.  I know there are plenty of other good boilers but I only have quotes for those and for a couple of PurePro boilers.

I tried getting some info on the A2W from SpacePak but didn’t get much in the way of help from a couple of local guys from their website or the company itself.  It’s intriguing to me but probably overly complex and expensive for what I need.

So, advice on running the house on mini-splits alone, and on the boiler if I need to retain that?