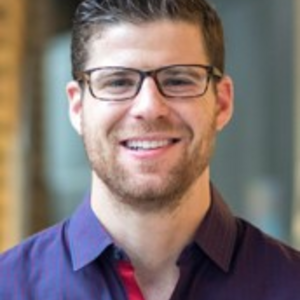 Hey Folks – So, I posted a bit about our situation last year.  We purchased a home in Chicago, which is a 1914 brick 2 flat, last summer.  We bought it from the builder who performed the gut rehab on the building.  Long story short, their interior insulation retrofit did all the things you shouldn’t do, according to building science, and it has resulted in a significant amount of issues, including but not limited to spalling and accelerated degradation of both structure and finishes.  We are not only concerned for the building, but also our health, as the assemblies are taking on a lot of moisture, from both from the interior and the exterior. Last winter, we opened up a few holes in the drywall to discover the interior face of the 3 wythe brick wall to be totally frozen over.

For reference, the assembly from outside to in, is: 3 wythe brick, 2×4 wood frame offset slightly from the inside face of the brick, 3.5″ knauf kraft face batts, drywall.

We have been considering 2 options for fixing this mess:

-The first being a proper interior insulation retrofit, whether it follows BSC’s recommendation of spray foam, or 475’s recommendation of Visconn liquid membrane, dense pack in 2×4 framing, and Intello smart vapor retarder.  The hitch with this approach is having to uninstall all our finishes and completely demo back to the brick wall.  The expense here would be significant.  Ontop of this, we would have to still repair the exterior masonry, which we are getting quoted about $60k to bring it up to “standard quality”.

-The second is an exterior insulation retrofit, where we’d likely follow BSC’s deep dish literature.  We like a lot of things about this approach.  It will provide a continuous air/water/thermal barrier on the exterior.  It will transition the brick wall to the interior, bringing it within the thermal boundary, thus allowing for its thermal mass to remain more constant to interior temperatures.  It will protect our embedded structural wood members from thermal bridging and condensation risk.  It will also give the opportunity to expose some brick walls to the interior too, which will be a nice aesthetic touch.  Most of all, we would not need to re-insulate, re-drywall, and re-paint the entire interior of the building. Given that we would like to pursue the exterior insulation retrofit option, we shared the BSC article with our architect.  The assembly from BSC is attached, but in short: fluid applied air barrier to the brick, 2×4 vertical furring, rigid foam between and continuous over the furring, 1×4 furring on the exterior face of the last layer of rigid foam, and then siding.  Our architect proposed instead of all the individual components, to consider Zip Sheathing instead.  Instead of installing the liquid air barrier, furring, and rigid foam individually, integrate it all together into 1 product.  Execution wise this makes sense to me.  It will probably reduce labor costs as well.  It does limit us to R12.5, which is a bit less than I originally wanted.

So – any thoughts on Zip on this application?  It never occurred to me to consider it.

Any other thoughts/feedback would be welcomed!