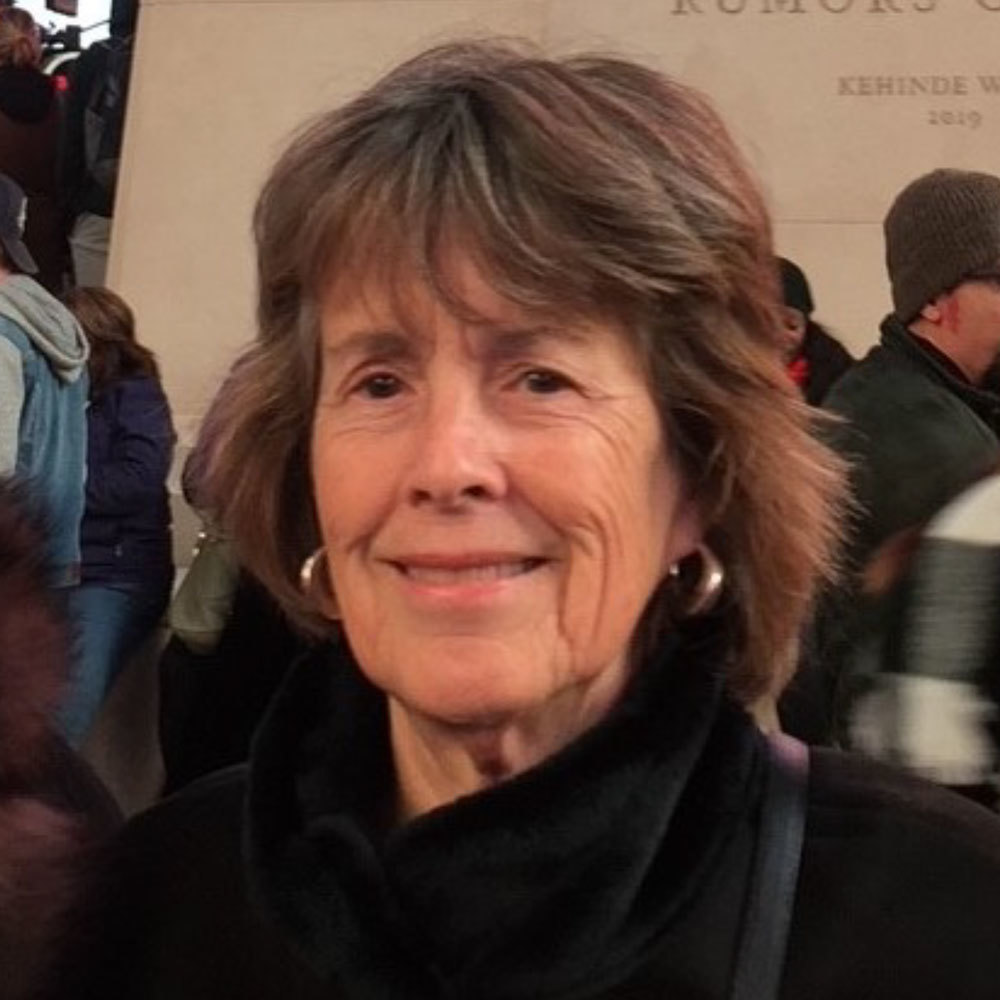 Roads running through Accra, Ghana’s capital, look like any other blacktop surface. What most drivers don’t realize is that the asphalt used for some of Accra’s streets contains a slurry of plastics—shredded and melted bags, bottles, and snack wraps—that otherwise were destined for a landfill.

The impetus for many similar road projects underway in Ghana was an ambitious plan announced by President Akufo-Addo in 2018. It calls for Ghanaians to strive for a circular model, to recycle and reuse as much plastic waste as they produce each year—roughly 1.1 million tons—by 2030.

Controls on Plastic Waste Are Getting More Stringent

Barely 5% of the 5000 tons of plastic that Ghanaians discard each day makes it to recycling facilities. The rest winds up in landfills, illegal dumps, streets, and waterways, or is burned in open pits, poisoning the air. In a developing nation, “it’s difficult to recycle plastic,” notes Heather Troutman, program manager of the Ghana National Plastic Action Partnership. “It’s expensive, complicated, technical, and much easier just to burn it. But if you could put value on recycled plastic,” by turning it into fishing nets, fuel, or paving material, “it won’t get buried; it won’t get burned; it won’t make it to the ocean.”

First appearing in India two decades ago, plastic roads are being tested and built in more and more countries as the world’s plastic pollution problem becomes more acutely felt. India has installed over 60,000 miles of these roads. The technology, meanwhile, is gaining ground in Britain, Europe, and Asia. Several countries—South Africa, Vietnam, Mexico, the Philippines, and the United States, among them—have built their first plastic roads only recently.

A growing number of studies say that roads containing waste plastic have the potential to perform as well or better than traditional roads. They can last longer, are stronger and more durable in respect to loads and rutting, can tolerate wide temperature swings, and are more resistant to water damage, cracking, and potholes. The technology also has the potential to reclaim anywhere from a small to a sizeable amount of plastics from landfills and random dumping, researchers are finding, while providing a significant amount for road paving and repair. In a small nation like Ghana, where only 23% of roads are presently paved, waste plastic could go a long way.

“We have to be realistic at some point in how we try to remediate the vast problem of plastic pollution,” Doug Woodring, the founder of Ocean Recovery Alliance, said in an email. “I believe plastic roads, if done to scale, in combination with other uses for reclaimed plastic, like concrete and fuel, will offer an opportunity to absorb hundreds of thousands of tons, almost overnight.”

The technology of incorporating waste plastic into paving materials is likely to take a long time to evolve. While widely used in India, it is still in its nascent stages in other countries. However, given that only 9% of the 350 million tons of plastic that humans produce each year is recycled, advocates see the technology as one of many strategies that can help humans quit the habit of blindly sending waste downstream and adopt the practices essential for a circular economy: reduce, reuse, recycle.

“The beauty of roads is that there are lots and lots of them,” said Greg White, a paving engineer at Australia’s University of the Sunshine Coast. Four companies have so far constructed hundreds of miles of plastic roads in Australia, “primarily smaller local roads,” he noted. “That’s mainly because the local councils are far more willing to try things that are viewed as sustainable, as opposed to government departments that oversee big highways.”

White, who has studied products from the Scottish company MacRebur, a leading manufacturer of plastic paving materials, added: “For those properties we can test, there’s absolutely no doubt that if you put the right plastic in the asphalt, you can improve the properties of the surface.”

What’s missing, he and others caution, are data on how well plastic roads age and endure over time, since in most countries the technology has been in use for less than seven years.

While different companies are pursuing different approaches, the general idea is that waste plastic is melted and mixed with other ingredients for making road asphalt. Ordinarily, asphalt is composed of 90% to 95% aggregate—whether gravel, sand, or limestone—and the rest bitumen, the black gooey substance extracted from crude oil that binds the aggregate together. When contractors add waste plastics—which can serve as an even stronger binding agent than bitumen—they often replace just 4% to 10% percent of the bitumen, though some methods call for much more. Plastic roads, therefore, are far from solid ribbons of plastic.

Research suggests that “using waste plastic in road construction helps to improve substantially the stability, strength, fatigue life, and other desirable properties of bituminous mixes, leading to improved longevity and pavement performance.” That’s according to Michael Burrow, an engineer at the University of Birmingham and senior author of a global study of the technology. “It may be too early for many of the reported applications to show premature failure,” he adds.

According to Toby McCartney, cofounder and CEO of MacRebur, using waste plastics in road paving can absorb a significant volume of discarded plastic. “Of the waste plastics that are a problem for municipalities, we could use about 40% of it, if we got every road containing waste plastic,” said McCartney. “At the moment, we’re lobbying to try to get waste plastics included within the standards. Until that happens, it’s on a smaller scale than we would like it to be.”

MacRebur’s plastic material is crumbed down to the size of rice grains, bagged, and sold to construction and asphalt companies globally. Since MacRebur’s launch in 2016, its materials have gone into hundreds of miles of roads, paths, driveways and parking lots in Turkey, Japan, Saudi Arabia, Dubai, Australia, New Zealand, and elsewhere. In the U.S., the company is establishing a presence on both coasts, with a factory planned for Tampa, Florida, and manufacturing agreements in California.

Pursuing a different approach, PlasticRoad in the Netherlands avoids traditional asphalt altogether. In 2018, the company completed a 100-foot pilot project in Zwolle, billed as the world’s first recycled plastic bike path. A second one followed in Giethoorn. Cheap to produce and easy to install, these paths are built with hollow modules made of single-use discarded plastics. In Ghana, Nelplast mixes shredded plastic waste with sand and molds the mixture into pavement blocks.

In India, where 50% of the country’s roads were unpaved only a few years ago, as many as 14,000 miles of new roads have been installed since India’s Minister for Road Transport made it mandatory, in 2016, to add waste plastic into bituminous roads. India’s plastic road technology grew out of experimentation in 2001 by R. Vasudevan, a chemistry professor at the Thiagarajar College of Engineering in Madurai. Recognizing the similarities between plastic and bitumen, both derived from petroleum, he mixed shredded plastic with gravel, then bitumen, and saw a good bonding effect.

Vasudevan’s method reportedly employs two types of plastic: LDPE, or low-density polyethylene used in plastic bags, and PET, polyethylene terephthalate, used in soda bottles. MacRebur’s McCartney recalls being in India in 2016 and noticing people repairing potholes by plugging them with plastic bags and lighting them on fire. It gave him the idea behind MacRebur.

There are some environmental concerns

How environmentally friendly are plastic roads? One concern is that heating plastic for making asphalt can create carbon emissions, thus negating any emissions savings from using less bitumen. Vasudevan says that for his own method, it’s only necessary to heat plastic to 170°C (338°F), which is well within a safe range.

“Plastics, as they’re heated, go from solid to liquid to gas, and it’s only above 270°C, when they’re at their gassiest, that they release gases,” explained Troutman, who is also an environmental scientist. McCartney calculates that for every ton of bitumen left out of asphalt, as much as a ton in CO2 emissions is saved, since less petroleum is heated for bitumen’s extraction. The processing of petroleum-based asphalt is responsible for sizable greenhouse gas emissions each year.

Another concern about plastic roads is that they will shed microplastics. No one has yet reported that this has occurred, and those interviewed for this article say they don’t see microplastics as a problem. “Road material is relatively inert, a solid block of asphalt,” noted Troutman. “In fact, the largest source of microplastics on the planet is abrasion of tires.”

Last summer, a pilot project in California drove home just how much rigorous testing has to occur before a road, if paved with a novel material like plastic, is deemed drivable and safe, especially a major highway driven over by big rigs with heavy loads. Highway 162 in Oroville was in the headlines last August when Caltrans, the California Department of Transportation, working with TechniSoil Industrial, which supplied the liquified plastic, paved a 1000-ft. test strip. It was Caltrans’ first time using this new approach. “I hate plastic,” said Tom Pyle, who heads Caltrans’ Office of Asphalt Pavement Program. “I won’t even drink out of a plastic bottle—and if there’s a way of using waste plastic to make a road last longer, let’s do it.”

Their machines went out, ground up the top layer of old road, turned it to gravel, mixed in PET from recycled soda bottles—which has the consistency of Gorilla Glue, Pyle noted—and laid the mixture back down. No extra gravel or bitumen was used. Later, an engineer checking the job sent word that the new surface “moved” and felt unsafe. Caltrans ended up replacing it with traditional asphalt. “That was our first trial section for plastic,” said Pyle. “We didn’t want any accident for any reason to taint the goal of building a plastic road.”

Far from being deterred, Caltrans likely will install another test section in Oroville next spring. Pyle said that they will use new construction methods and aim for “higher strength.” “We don’t yet know how thick this material needs to be to carry thousands of trucks a day,” he said.

Troutman views plastic roads as “a promising advance,” especially in a country like Ghana with a backlog of road projects. And yet, with the looming prospect that by 2050 the world will produce over three times as much plastic waste as it ever has, she stresses the importance of Ghana’s curtailing all unnecessary use of new plastics. “That’s the first step,” she noted. “If we keep pumping out more and more plastic, we’ll never be able to manage it in a sustainable way.”

Ann Parson is a science journalist who specializes in medicine, health, the environment, and technology.