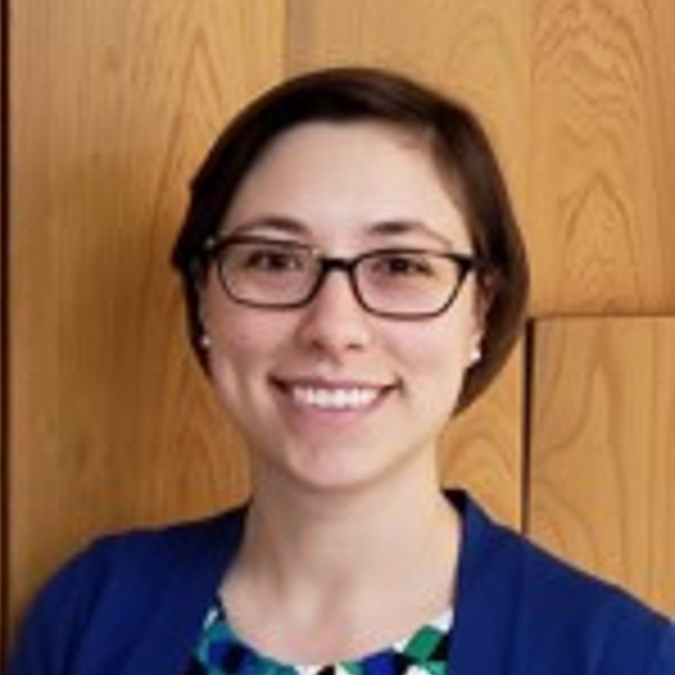 Extreme flooding events were in the news during much of 2018, from January’s heavy rains in Southern California to Hurricanes Florence and Michael in September and October. When many of us think about flooding, we think about events like these: major disasters that upend entire communities and trigger a large response from state and federal agencies. However, the new report, The Growing Threat of Urban Flooding: A National Challenge, points out that events like these are only part of the story.

This report focuses attention on the widespread and costly destruction caused by a lesser-recognized threat: chronic urban flooding due to city landscapes that cannot absorb or otherwise manage rainfall. Based on the results of a nationwide survey of stormwater and floodplain management professionals, the report (by researchers from the University of Maryland and Texas A&M University) demonstrates how urban flooding is a separate phenomenon from coastal and riverine flooding. It is more frequent, more localized, and not as well understood; in addition (as with other aspects of climate change), it is most likely to affect those who can least afford to deal with it.

The triple threat of urban flooding

Urban flooding is not just “flooding that happens in an urban area.” This isn’t what happens when a river overflows its banks or when a hurricane drives a storm surge across a coastal neighborhood. Instead, it’s caused by excessive runoff in developed areas where the water doesn’t have anywhere to go.

Flooding Is More Than a Coastal Problem

Home Buyers Face Stacked Deck to Learn of Past Floods

Urban flooding can be linked to a major disaster, like Hurricane Harvey and its 33 trillion gallons of rainfall. But more often it happens during more routine circumstances, appearing in the form of wet basements and sewer backups. Even small amounts of rain can overwhelm the deteriorated or inadequate infrastructure found in many neighborhoods, especially in impoverished, neglected, and/or socioeconomically isolated urban communities.

Let’s take a look at the Federal Emergency Management Agency (FEMA) definition of urban flooding cited in the report:  “… [T]he inundation of property in a built environment, particularly in more densely populated areas, caused by rain falling on increased amounts of impervious surfaces and overwhelming the capacity of drainage systems.”

We can split the definition into three separate components: urban flooding is (1) caused by rain that (2) falls on impervious surfaces and (3) overwhelms local stormwater drainage capacity. Each of these components — heavy precipitation (which is expected to become more frequent due to climate change), increased urbanization, and insufficient or outdated stormwater infrastructure — presents a challenge in and of itself. With urban flooding sitting at the intersection of all three, it’s no wonder that this is a complex problem.

Importantly, FEMA’s definition has no mention of floodplains, rivers, or coastlines. That’s because urban flooding has little to do with bodies of water. We usually assume that flooding is more likely along rivers or coasts; that’s the backbone of the National Flood Insurance Program (NFIP), floodplain mapping efforts, and local flood-related planning. However, the report finds that urban flooding happens in places that are well outside of mapped floodplains. Urban flooding is decidedly unnatural and requires different solutions.

“The flood losses gnaw away at their well-being”

One important issue highlighted by the report is the cascade of effects on affected individuals and communities, “such as loss of hourly wages for those unable to reach their workplaces; hours lost in traffic rerouting and traffic challenges; disruptions in local, regional, and national supply chains; or school closings with resultant impact on parents.”

The report’s authors point out that these effects are especially disruptive to lower-income and minority residents, who are more likely to live in flood-prone areas and less likely to be covered by flood insurance. “For those lacking critical resources (savings, insurance, etc.),” they write, “the flood losses gnaw away at their well-being.”

That doesn’t even include the physical and mental health effects linked to chronic flooding, such as asthma resulting from mold exposure. A previous study by the Center for Neighborhood Technology found that 84% of people affected by urban flooding in the Chicago area suffered stress; 13% reported effects on their health or the health of someone in their household.

It’s clear that urban flooding poses a threat to Americans who are already socially and economically vulnerable. In addition, urban flooding is often too localized to trigger a federal disaster declaration, even when it causes relatively large amounts of damage and disruption. This limits the public assistance available to victims, who are then left on their own to deal with the aftermath, over and over again.

Why is urban flooding an under-recognized problem?

One of the key observations in the report is that there is no clear responsibility or jurisdiction for urban flooding at the federal level. This complicates data collection, funding availability, and priority setting. Even at state and local levels, flood management and stormwater management are often overseen by different programs, whose responsibilities may not be clearly defined.

The NFIP has a clear authority and access to large amounts of data, and it still struggles with a lack of transparency, outdated information, and inaccurate assessments of damage and risk. And because urban flooding often falls outside of the program’s jurisdiction, it doesn’t even have the data and documentation that support the NFIP.

This also complicates risk communication, because the NFIP’s flood maps are often the only publicly accessible documentation of flood risk. These Flood Insurance Rate Maps, or FIRMs, indicate whether a property is located in a “special hazard flood area” based on FEMA’s mapped 100-year floodplains. The report notes that, because the NFIP maps generally do not provide information on urban flooding, “there is currently no tool available to communities to assist in similarly delineating potential levels of urban flood risk.”

What can we do?

The study team identifies several recommendations to address urban flooding, focusing primarily on additional data collection, better coordination among government agencies, and improved assessment of flood risk. An upcoming study by the National Academies of Sciences, Engineering, and Medicine is expected to investigate some of these issues in more detail. Urban flooding has received some attention in Congress, too, with legislation introduced to define urban flooding and more accurately map areas at risk.

However, the report’s most essential suggestion might be the following (emphasis added):

Attention should be given at all levels of government to ensure that efforts to mitigate urban flooding reach areas that have the highest risk of flooding and cross all economic and social levels and that locally supported steps are taken to incentivize individual homeowner mitigation efforts.

These mitigation efforts should include improved transparency, better risk communication, and more support for flood-weary residents who want to move out of harm’s way. And if 2018 was the year of talking about climate change, let’s make sure that urban flooding is part of that conversation as it continues in the new year.

Anna Weber is a policy analyst in the Healthy People & Thriving Communities program of the Natural Resources Defense Council. This post originally appeared at the NRDC Expert Blog.