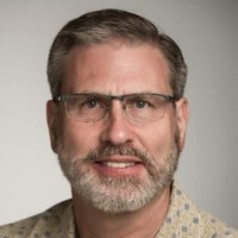 Although the coronavirus pandemic has dominated recent headlines, climate change hasn’t gone away. Many experts are calling for a “green” economic recovery that directs investments into low-carbon energy sources and technologies.

Buildings account for 40% of total energy consumption in the U.S., compared to 32% for industry and 28% for transportation. States and cities with ambitious climate action plans are working to reduce emissions from the building sector to zero. This means maximizing energy efficiency to reduce building energy use, and then supplying the remaining energy needs with electricity generated by carbon-free sources.

My colleagues and I study the best ways to rapidly reduce carbon emissions from the building sector. In recent years, construction designs have advanced dramatically. Net zero energy buildings, which produce the energy they need on site from renewable sources, increasingly are the default choice. But to speed the transition to zero carbon emissions, I believe the United States must think bigger and focus on designing or redeveloping entire communities that are zero energy.

Tackling energy use in buildings at the district level provides economies of scale. Architects can deploy large heat pumps and other equipment to serve multiple buildings on a staggered schedule across the day. Districts that bring homes, places of work, restaurants, recreation centers and other services together in walkable communities also significantly reduce the energy needed for transportation. In my view, this growing movement will play an increasingly important role in helping the U.S. and the world address the climate crisis.

Heating and cooling are the biggest energy uses in buildings. District design strategies can address these loads more efficiently.

District heating has long been used in Europe, as well as on some U.S. college and other campuses. These systems typically have a central plant that burns natural gas to heat water, which then is circulated to the various buildings.

To achieve zero carbon emissions, the latest strategy uses a design known as an ambient temperature loop that simultaneously and efficiently both heats and cools different buildings. This concept was first developed for the Whistler Olympic Village in British Columbia.

In a typical ambient loop system, a pump circulates water through an uninsulated pipe network buried below the frost line. At this depth, the soil temperature is near that of the yearly average air temperature for that location. As water moves through the pipe, it warms or cools toward this temperature.

Heat pumps at individual buildings or other points along the ambient loop add or extract heat from the loop. They can also move heat between deep geothermal wells and the circulating water.

The loop also circulates through a central plant that keeps it in an optimum temperature range for maximum heat pump performance. The plant can use cooling towers or wastewater to remove heat. It can add heat via renewable sources, such as solar thermal collectors, renewable fuel or heat pumps powered by renewable electricity.

Putting wastewater to use

One example of a potentially zero-energy district currently being developed, the National Western Center, is a multi-use campus currently under construction in Denver to house the annual National Western Stock Show and other public events focused on food and agriculture.

A 6-foot-diameter pipe carrying the city’s wastewater runs underground through the property before delivering the water to a treatment plant. The water temperature stays within a narrow range of 61°F to 77°F throughout the year.

The wastewater pipe and a heat exchanger transfer heat to and from an ambient loop circulating water throughout the district. The system provides heat in winter and absorbs heat in the summer via heat recovery chillers, which are heat pumps that can simultaneously provide heating and cooling. This strategy serves individual buildings at very high efficiency.

Electricity used to operate the heat pumps, lighting, and other equipment will come from on-site photovoltaics and wind- and solar-generated electricity imported from off-site.

Another district that will minimize carbon emissions is the Whisper Valley Community, under construction in Austin, Texas. This 2,000-acre multi-use development includes 7,500 all-electric houses, 2 million square feet of commercial space, two schools, and a 600-acre park. Its design has already received a green building award.

Whisper Valley will run on an integrated energy system that includes an extensive ambient loop network heated and cooled by heat pumps and geothermal wells located at each house. Each homeowner has the option to include a 5-kilowatt rooftop solar photovoltaic array to operate the heat pump and energy-efficient appliances, including heat pump water heaters and induction stovetops. According to the developer, Whisper Valley’s economy of scale allows for a median sale price $50,000 below that of typical Austin houses.

The future of zero-energy communities

The National Renewable Energy Laboratory, Lawrence Berkeley National Laboratory, and other project partners are developing an open source software development kit called URBANopt that models elements of zero energy districts, such as building efficiency/demand flexibility strategies, rooftop photovoltaic arrays, ambient loop district thermal systems. The software can be integrated into other computer models to aid in the design of zero energy communities. NREL engineers have been engaging with high-performance district projects across the country, such as the National Western Center, to help inform and guide the development of the URBANopt platform.

The projects I’ve described are new construction. It’s harder to achieve net zero energy in existing buildings or communities economically, but there are ways to do it. It makes sense to apply those efficiency measures that are the most cost-effective to retrofit, convert building heating and cooling systems to electricity, and provide the electricity with photovoltaics.

Utilities are increasingly offering time-of-use rate schedules, which charge more for power use during high demand periods. Emerging home energy management systems will allow home owners to heat water, charge home batteries and electric vehicles, and run other appliances at times when electricity prices are lowest. Whether we’re talking about new or existing buildings, I see sustainable zero energy communities powered by renewable energy as the wave of the future as we tackle the climate change crisis.

-Charles F. Kutscher is a fellow at the Renewable and Sustainable Energy Institute, a joint venture of the University of Colorado-Boulder and the National Renewable Energy Laboratory. This post originally appeared at The Conversation and is republished here under a Creative Commons license.