Pollutants are all around us, but regulation of air quality largely stops at the front door 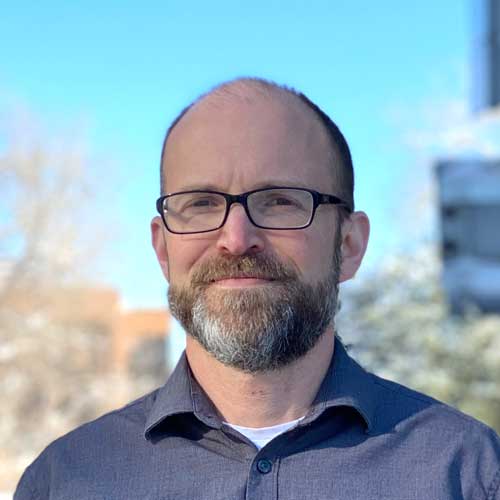 When most of us think of air pollution, we typically envision big smokestacks billowing clouds of noxious gases, the smog that coats major cities, or even the smoky haze that drifts in from wildfires. However, much of the most serious air pollution that threatens our health comes not from giant power plants or freeways, but from inside our homes.

Indoor air pollution comes from a variety of sources; the U.S. Environmental Protection Agency (EPA) has identified building materials, furnishings, and mold as serious concerns, but much of the danger also comes from burning things. For instance, smoking cigarettes or burning wood for heating or cooking can create pollution in homes that can threaten the health of those who live there. This is a particularly big issue in the developing world.

But even in affluent nations, and even if you don’t smoke or have a woodstove, that doesn’t mean that there isn’t dangerous air pollution in your home. Unlike the visible smoke and particles from these sources, the pollution from burning fuels such as gas and propane is largely invisible.

All About Indoor Air Quality

A Look at Home Air-Quality Monitors

In particular, burning natural gas produces carbon monoxide (CO). CO is an odorless, colorless gas and enough of it at one time can kill you. It also produces nitrogen dioxide (NO2), which at high concentrations can be seen as a reddish-brown gas, but is also dangerous at levels which are invisible, and likewise is a threat to human health.

And we are largely unprotected from these invisible threats.

Stopping at the doorway

Air pollution is regulated in much of the world. In the United States the first moves at the federal level came in the 1950s, with the first real enforcement in 1967. But the big breakthrough came three years later with the passing of the Clean Air Act of 1970, and the establishment of the EPA.

Since that time, the air in the United States has gotten demonstrably cleaner. By 2018 the combined emissions of the six main pollutants tracked by EPA had fallen by 74%, even as our population and economy both grew substantially.

However, in the United States, as in other nations, regulatory progress largely stops at the doorway. This is not to say that there aren’t standards for levels of CO and NO2; many bodies have set standards and guidelines for both. In the United States, the EPA, the National Institute for Occupational Safety and Health (NIOSH), and the Occupational Safety and Health Administration (OSHA) have set CO guidelines, but the EPA’s guidelines only apply to outdoor air. OSHA, NIOSH and others have set NO2 standards, and the World Health Organization (WHO) has set guidelines for both—including for indoor air.

But there is a lot of space between current guidelines and what may be necessary to protect public health. A gathering of global experts convened in 2015 to assess the latest evidence for strengthening the WHO guidelines. Of the five immediate priority pollutants identified for strengthening guidelines, two were NO2 and CO.

Brady Seals worked for over a decade on clean cooking options for the developing world, before joining Rocky Mountain Institute’s Building Electrification Program last year. She warns that the standards and guidelines that are in place both in the United States and globally are outdated and may be too weak. “WHO set indoor guidelines ten years ago but since that time we have learned so much more about the harmful health effects of pollutants,” states Seals. “The guidelines today are not fully protecting us.”

But even if the guidelines were strong enough, there is a bigger problem: they aren’t enforced. To date, most of the laws that have an effect on indoor air pollution have largely been at the state level and have involved banning smoking in public places.

As for other dangers of air pollution, the guidelines set by federal and international agencies don’t translate much into action on the ground. “Most of these are voluntary guidelines and are not enforceable by the agency that sets them,” explains Seals.

There are federal agencies, such as the Consumer Product Safety Commission (CPSC), which could enforce indoor guidelines or set safety standards; so far they have not. As referenced in a May 11 article by David Roberts of Vox, in 1986, an EPA report called on the CPSC to do a better job of assessing the dangers from gas stoves. Thirty-four years later, there’s no real action.

So, in order to actually protect health, there are two problems that need to be addressed. “One, are these guidelines good enough… and then how do we make the guidelines enforceable, and how do we use them?” asks Seals.

Of all the dangers to safe indoor air, one stands out for its immunity to regulation: gas stoves, which were explored in a recent report by Rocky Mountain Institute. Unlike other appliances which burn fuel indoors, in the United States there is no federal requirement that gas stoves be vented to the outside of homes.

This is a particularly serious problem, given that even before the practice of self-quarantining and “stay-at-home” orders, Americans were already spending 90% of their time indoors.

There are moves to address the indoor air pollution from gas stoves. Based on the most recent science, Canada’s health agency is providing more strict guidelines for NO2, both indoors and outdoors. But so far, enforcement is still lacking.

RMI is working to change that, starting in California. As a first step, in April RMI testified before the California Air Resources Board, asking the agency to set stronger indoor guidelines based on the most recent science for NO2. The state of California has the authority to regulate indoor appliances through codes, and after stronger guidelines are set there is an opportunity to work on enforcement.

However, the biggest promise comes from the movement to phase out gas stoves and other appliances in new construction altogether, which has begun in California and spread to at least one city in Massachusetts.

We must also reduce fossil fuel use in buildings to meet our climate goals, but there is a need to protect the public from the dangers of pollution, including the pollution that we cannot see.

“In this country, our work is not done until we ensure that all families have a safe and clean way to cook their meals,” notes Brady Seals.