Building for a Benchmark

“When you have a benchmark you are trying to achieve, you pay far more attention. It brings a mindfulness to the project that might not otherwise be there, despite good intentions.” —Ted Clifton, designer/builder

This project is the second home in Seattle to meet the Emerald Star Built Green standards—the green-home certification program of the Master Builders Association of King and Snohomish Counties. Ted Clifton, owner of TC Legend Homes, the company responsible for the house featured here, came to the project with a number of similar builds to his credit—including the city’s first-ever net-zero-energy home.

According to Clifton, the homeowners were looking for a house that would reflect their ethics. “They wanted to build something sustainable that went beyond net-zero,” he says, noting that the design plan had to suit a five-person family that includes twin toddlers and a grandmother. “They were looking for a credential. They didn’t want to just build a supergreen house, they wanted a benchmark to achieve.” The homeowners considered LEED and Passive House certification, but found that the Emerald Star Built Green standards set a high bar while remaining affordable. “It’s not an expensive program to participate in—just a few hundred dollars,” says Clifton. “But it has a pretty exhaustive green-building quality to it.” 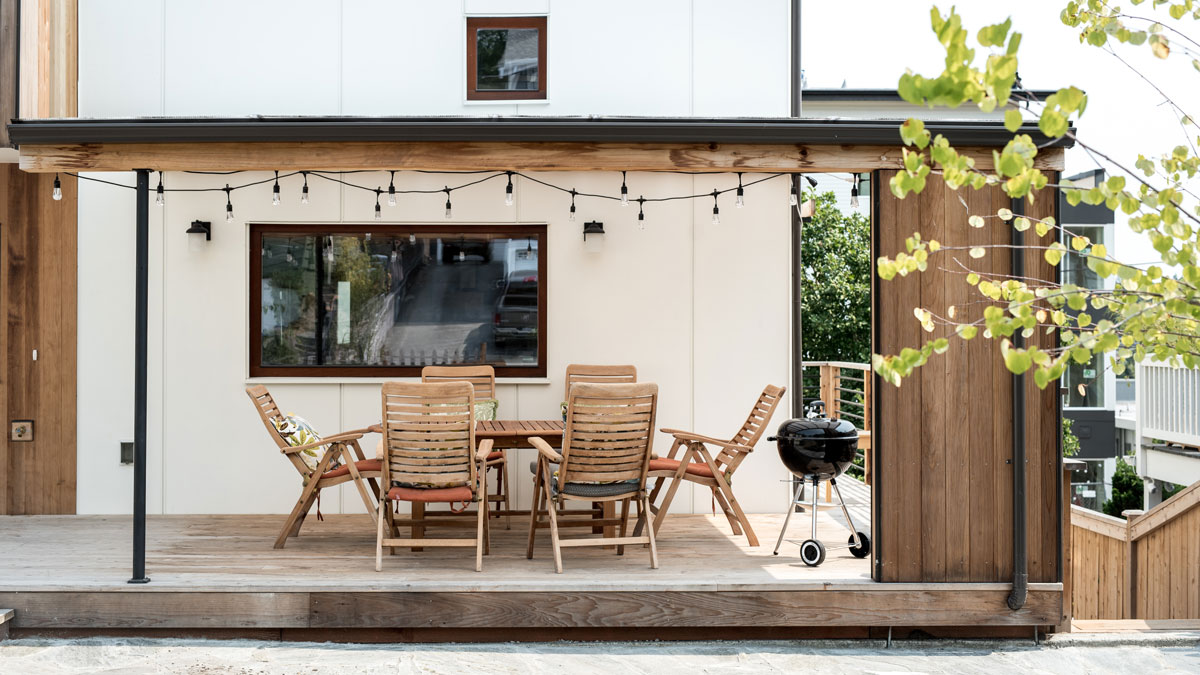 Half of the site sits at street level; the other half is roughly 10 ft. below that, on grade with the alley. “We had a lot of interesting design challenges to work with,” Clifton notes. “There was the sloping site, which lent itself to a daylight basement, and there was a huge concrete retaining wall—it was like a subterranean basketball court [at the low end of the site].” Because of the waste and expense of demolishing the wall, they decided to keep it.…