AeroBarrier has been in the building news quite a bit lately:

AeroBarrier is an innovative and sophisticated system for air sealing buildings. During installation, a proprietary synthetic acrylic is aerosolized while the home is under pressure developed by a blower door. As the air leaks through the building enclosure, the latex aerosol sticks and builds up on pretty much any crack up to about ½-inch. 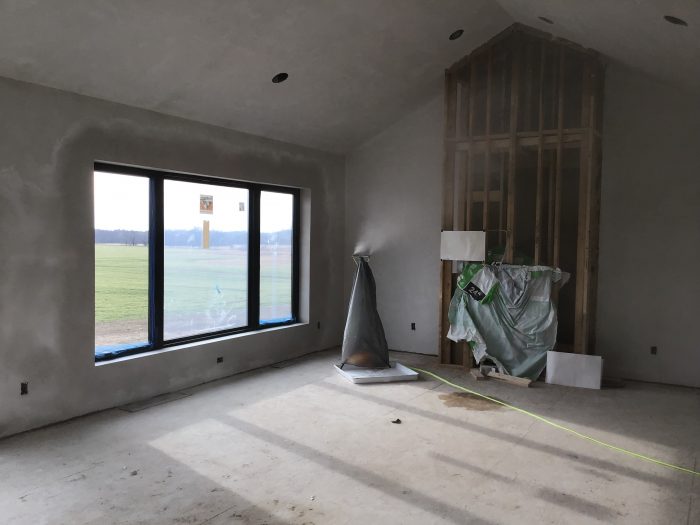 In under 2 hours, a home can move from leaky to pretty much whatever level of air sealing you are prepared to pay for. 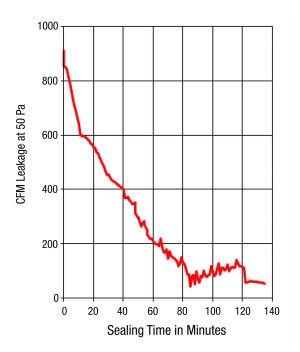 You do, of course, need to prep the building, air sealing pathways larger than ½-inch, but following the Energy Star Thermal Bypass Checklist heavy hitters is straightforward.

If an existing building is between occupants, there will be protection of more finished surfaces required—and the bigger thermal bypasses still need to be at least “rough” sealed—but that does not seem like that much of a jump from AeroBarrier post-drywall in new construction.

Paul Springer, manager of business development for AeroBarrier, connected me to Mitchell Spence of Redfish Builders, the leading AeroBarrier partner doing existing homes. Springer stated that about 10% of the AeroBarrier partners nationwide work on existing buildings but they do this completely on their own. Springer also noted: “We do have a new grant from the DOE in which we are going to be applying AeroBarrier in finished spaces (non-occupied) to understand the benefits.”

“About 10% of our air sealing business currently is AeroBarrier in existing homes,” says Spence. “The key for us managing the liability of damage to contents is our partnership with a painting company. They know how to rigorously and efficiently seal everything from clothing to furniture to floor coverings and we know how to seal the building.”

Spence feels the other key to his AeroBarrier work is his background in high performance building at Redfish. It’s his knowledge of the building process and business partnerships with trade contractors and other builders that means AeroBarrier work on new production homes, new custom homes, existing homes, and multi-family projects.

Spence has tuned his air sealing of existing buildings with AeroBarrier. “I pretty routinely suit up with respiratory protection to first target my Retrotec fogger  at suspected leaky areas and then relocate the AeroBarrier spray heads to target those leaks. I also use “first sweep” during AeroBarrier air sealing, brushing off aerosol that is going after surface leaks encouraging aerosol sealing a bit deeper into existing building assemblies.” Spence also noted that quite a bit of the prep for holes and cracks larger than ½-inch gets addressed with closed-cell backer rod, which costs about $100 for a 500 foot roll off of Amazon.

Spence is a big advocate of AeroBarrier for multi-family air sealing. “We can do unit-by-unit AeroBarrier work, not only sealing the building enclosure but between units. This has big indoor air quality and sound transmission benefits,” says Spence.

How AeroBarrier in existing buildings could be a game changer

Increasingly, as I do assessments and investigations of existing buildings, performance concerns of the building owners are rooted in air leakage, from comfort complaints to more serious moisture issues. And those same clients often have questions and concerns regarding spray foam as pretty much the only game in town for seriously improving the airtightness of existing buildings.

But how much does it cost?

What do you think?

Peter Yost is GBA’s technical director. He is also the founder of a consulting company in Brattleboro, Vermont, called Building-Wright. He routinely consults on the design and construction of both new homes and retrofit projects. He has been building, researching, teaching, writing, and consulting on high-performance homes for more than twenty years, and he’s been recognized as NAHB Educator of the Year. Do you have a building science puzzle? Contact Pete here.