Indoor air quality (IAQ) is a big deal. It doesn’t get nearly as much attention as energy efficiency or green building programs, but it should be one of the highest priorities for anyone who breathes air and spends time indoors.

It’s actually part of an even bigger deal called indoor environmental quality (IEQ), but I’m just going to focus on IAQ here as I show you four ways your ducts might be hurting your indoor air quality.

1. Leaky ducts pull in bad stuff and distribute it throughout the home

The photo above shows one example of a duct system that pulls in bad stuff and distributes it. I wrote about this case last year when one of the HERS rater companies we work with, E3 Innovate in Nashville, found this disconnected return duct in a nasty, vented crawl space. That’s bad enough by itself, but crawl space also had a dead possum lying close to that bad air vacuum cleaner. Even the best filtration system would be hard pressed to remove the putrefaction from that air.

Panned joist returns (see photo below) over moldy crawl spaces or basements are another easy way for bad air to get into your home. 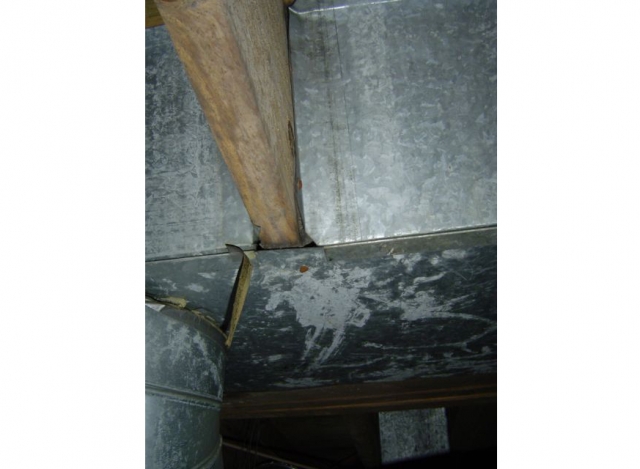 Bad air can be pulled from the other side of the filter as well. Air handler cabinets, for one, are notoriously leaky. Filter housings and filters are often worse. Sometimes they have no cover, as you can see below. 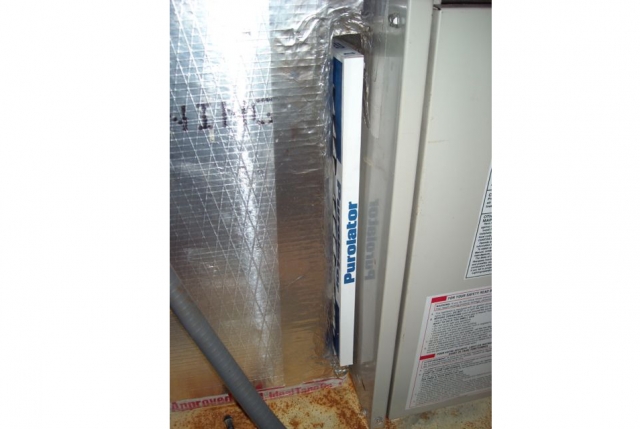 Sometimes you may think you’ve got a great filter that’s doing its job, but inside the box lies a an IAQ surprise, as shown next image. This expensive media air cleaner is supposed to be supported by combs that hold the pleats apart but has suffered from a collapse. The resulting hole at the top serves as an easy bypass for the air, so little was actually getting filtered here. 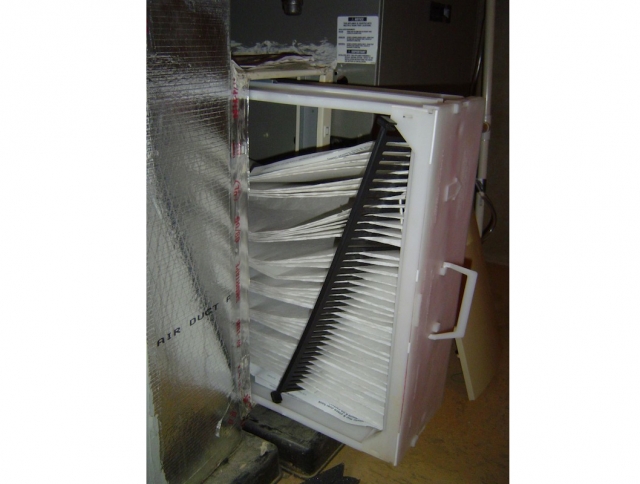 Not all the the bad stuff happens in the return ducts, which are supposed to pull air from the house back to the unit to be conditioned and which run under negative pressure. Duct leakage on the supply side can create IAQ problems as well. Take a look at the diagram below. 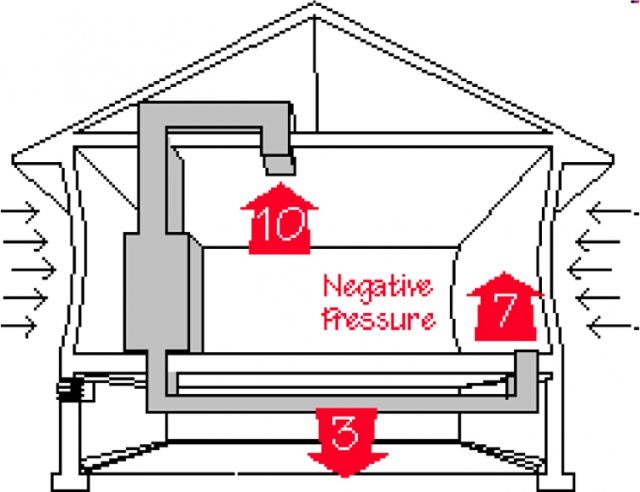 Somehow, some way, though, the house will get more air. And it may well be the kind of air you’d rather not breathe.

3. Leaky ducts can cause backdrafting

The duct system can contribute by leaking on the return side in the CAZ, thus creating a negative pressure there. If that leakage combines with the air being pulled in for combustion by a furnace, as shown below, it may be enough to backdraft the water heater. If you want to increase the chances of backdrafting, throw a clothes dryer in the same room. 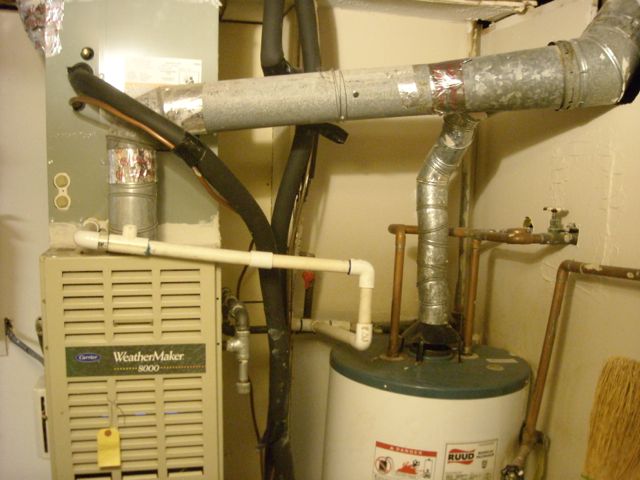 The final problem here is the bad air you get by starting unintentional biology experiments. One thing that mold needs to grow is water. Take that away, and your mold problems go away. Add enough water, and you’re almost guaranteed to get mold because the other ingredients — spores, a food source, air, and reasonable temperatures — will be there already. 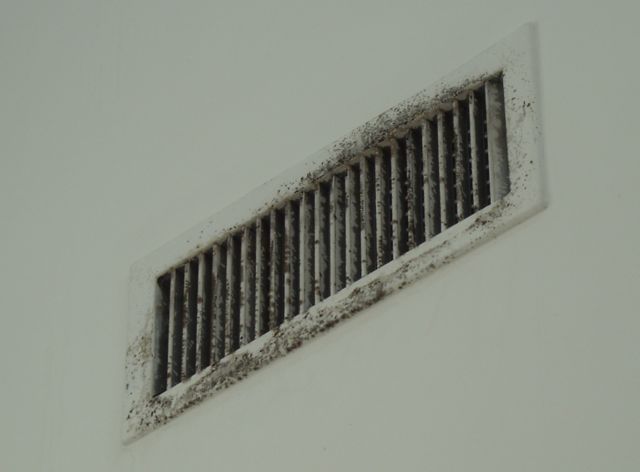 More than just a series of tubes

The late Senator Ted Stevens gained notoriety for describing the Internet as a “series of tubes.” That metaphor may be a bit of a stretch, but the ducts that carry air in your HVAC system really are a series of tubes. Ideally, you want no leakage at all in them, and the folks who are members of the Ring 4 Club are getting really close to that goal. You also want them sized properly, installed well, and commissioned.

And here’s the thing: It’s not just because you want to save energy or be more comfortable. Those are great objectives, of course; but having good indoor air quality is a higher goal. I grew up with really bad asthma, so I know the importance of good IAQ. I’ve also learned a bit of building science over the past few years and know that all these issues are interconnected.

Your duct system is more than just a series of tubes. It’s a critical component in your indoor air quality. You’d be much better off getting a minimum efficiency heating and air conditioning system and spending extra to get the best duct system you can. Your lungs and your health will thank you, and you’ll still probably win when it comes to saving energy and being more comfortable, too.