In Order To Be Green, An Economy Must Be Fair First 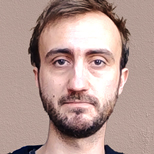 The gilets jaunes protests in France are a visible—and violent—symbol of a general malaise that has spread to many Western democracies: a gulf of understanding between governing elites and disaffected voters. Many outside of France were quick to characterize this organic street movement as fundamentally anti-environmental, a popular rejection of French President Emmanuel Macron’s climate and green energy policies.

It’s true that two of the triggers that sparked the initial protests back in November 2018 were a proposed increase in the fuel tax and a new lower speed limit on motorways—both presented by the Macron government as necessary measures for France’s ecological transition.

A Custom Builder’s Journey to Green

A narrative quickly took hold in the press that painted participants as reactionary rural bumpkins addicted to fossil fuels and fast driving. But, as the protests enter their 29th week, it’s becoming increasingly clear that this is a fundamental misunderstanding of the causes of public anger—a glib and patronizing oversimplification. In reality, the gilets jaunes protesters are a powerful symbol of why social justice must always be at the heart of environmental justice.

Yellow and green: closer than they seem

At its core, the gilets jaunes (or “yellow vests,” named for the fluorescent vests many of the protesters wear) movement is not a rejection of green policies per se, but a rejection of economic inequality, between rich and poor, urban and rural, globalized cities and marginalized regions. Gilets jaunes protesters are deeply engaged with climate change and environmental protection, but ask the question—forcefully, repeatedly, and entirely reasonably: Since it is the high-carbon lifestyles of the rich that are creating the problem, why should the costs of climate action fall mostly on the poor?

Just look at a list of gilets jaunes demands drawn up in November, which called for big hikes in taxes on aviation and maritime fuel, as well as mandatory building insulation, to tackle climate change. Priscillia Ludosky, the creator of the fuel tax petition that kickstarted the gilets jaunes protests, has joined green campaigners to call for higher penalties for industrial pollution and government support for organic produce.

National opinion surveys have found consistent and strong concern over climate change among the low-paid sectors that make up the bulk of the movement. And gilets jaunes were out in force earlier this year as part of Paris’ largest ever climate march, part of a new global wave of green protests.

Indeed, what the gilets jaunes protestors show is that green policies must also address equality—or they will be rejected. And they’re not the only movement to do so. The success of “Green New Deal” movements around the world has shown that combining ambitious green policies with progressive social reform is popular with voters. In Spain, a Green New Deal manifesto recently propelled the Socialist Party to re-election, increasing its vote even in coal country. Ireland has launched a series of citizen assemblies to allow ordinary voters to make formal recommendations on climate and carbon policy, with great success. The rapid growth of renewable energy in countries like Germany and the Netherlands has been driven in large part by community ownership, ensuring that citizens have a real stake in their local wind turbines and solar farms. And pioneering “Working For” schemes in South Africa have been jointly tackling poverty, unemployment and environmental decay for over twenty years.

Green must be fair

For the vast majority of people, climate change is a problem that feels vague and distant compared to the realities of living paycheck to paycheck, struggling to make rent, feeding their family, or finding  affordable healthcare. As the former French Environment Minister Nicholas Hulot warned, if governments force voters to choose between “the end of the world” and “the end of the month,” there can only be one winner. At the Green Economy Coalition, the idea that green must always be fair has been a central plank of our work since our inception.

It’s clear that the gilets jaunes are not reflexively anti-green. Their opposition to the fuel tax was driven, at least in part, by how regressive it is. A flat fuel tax hurts struggling middle and lower classes in rural areas, while the benefits of lower air pollution would mainly be felt by city-dwelling elites. The majority of gilets jaunes protesters come from a world of insecure employment, rural poverty, and increasing inequality. It’s not hard to see why the fuel tax became the straw that broke the camel’s back.

At the same time, as Jeremy Harding writes in the London Review of Books, there is a powerful feeling of disgust among the largely working-class gilets jaunes at the hypocrisy and immorality of excessive wealth. “[T]he humiliation felt by underpaid people … when they hear about disproportionately high incomes is not about to disappear. Excess at the top is felt as a slight. … [T]here is no code that protects the low-paid against the endless taunting to which they’re subjected by news of lunatic salaries and bankers’ bonuses. They feel outcast.”

The people have spoken. Who will listen?

Around the world, large majorities of citizens are concerned about climate change and want to see action taken by their governments. But they want that action to benefit everyone, not just elites, and they want the costs of that action to fall equitably on the shoulders of those most responsible.

Indeed, the gilets jaunes protests have continued long after Macron abandoned the planned fuel price hike back in December 2018. Social and economic justice remain core issues, with calls for better care for the elderly, stronger rent controls, an increased minimum wage and state pension, and a maximum salary cap of €15,000 per month—well above the total annual minimum wage earned by many in the movement.

Another key gilets jaunes demand is for a “Référendum d’initiative citoyenne” (RIC)—a mechanism by which laws can be proposed by the public for consideration in the National Assembly. In response, Macron launched a grand “national conversation,” a months-long open-source deliberative democracy platform which allowed citizens to organize local meetings to raise issues and discuss whatever they like, with their grievances recorded and relayed to the government.

Although the gilets jaunes responded with some suspicion, the national conversation was remarkably successful, with well over 10,000 meetings organized and nearly 2 million responses to a detailed national questionnaire on the future of the country. And on May 20th the government launched the Citizens’ Convention for the Climate, an assembly of 150 randomly selected citizens charged with overhauling France’s climate and environmental policies.

Many have dismissed this attempt at deliberative democracy as a mere smokescreen from Macron, whose approval ratings remain dire. But it has given a platform and a voice to citizens who too often feel cut off from their government. Unsurprisingly, social and economic justice have emerged as consistent themes, with broad secondary support for carbon taxes and green economy also apparent.

It remains to be seen how responsive the Macron government will be to the findings of this new national debate. But as the protests on the Champs-Élysées—and other movements elsewhere — become increasingly impossible to ignore, one thing is clear: a green economy must be a fair economy first.

-Ben Martin is the marketing and communications lead at the Green Economy Coalition. Editor’s note: The views expressed here are those of the author and not necessarily of Ensia or Green Building Advisor. We present ​them to further discussion around important topics. ​We encourage you to respond with a comment. In addition, you might consider​ ​submitting a commentary of your own.