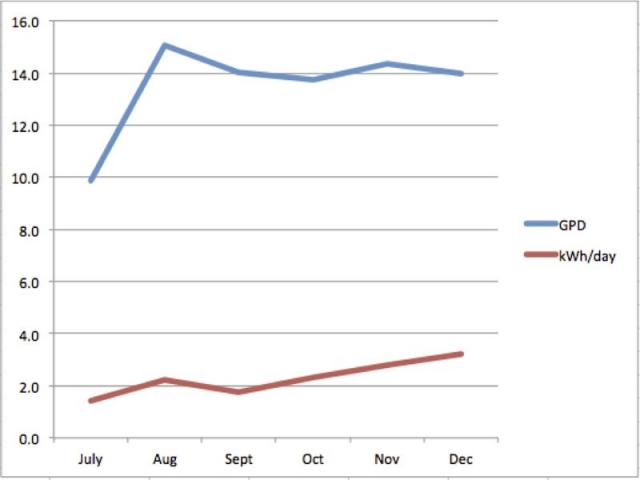 August through December DHW usage has been very constant at about 14 GPD, yet kWh/day has gone from just over 2 to just over 3.

Similarly, the 15-cubic-foot chest freezer is in the basement, and the refrigerator is on the main floor, both of which areas are cooler than they were in the summer. Here’s the kWh/month usage combined for both devices: 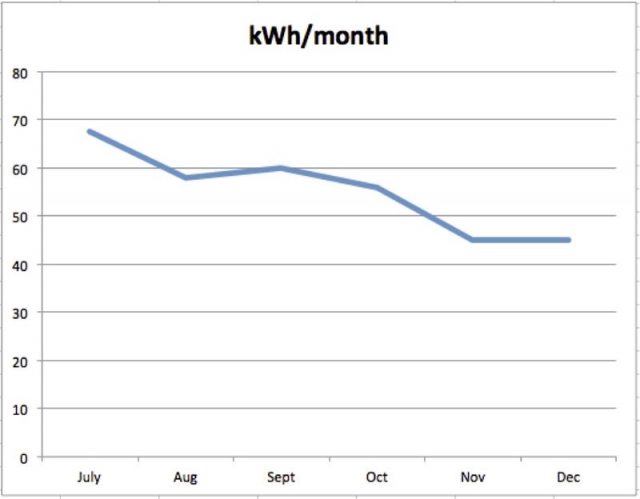 Getting into Hot Water — Part 1

Getting into Hot Water — Part 2

Getting into Hot Water — Part 3

Getting into Hot Water — Part 4

The load on the freezer and fridge drops because the spaces they are located in are cooler, so the temperature difference driving their heat gain is lower. In addition, the heat rejection components work more efficiently to reject heat to the surroundings when the air is cooler, so it takes less energy to meet the load.

Again I find myself wishing for a fridge/freezer that rejects heat to a domestic hot water preheat tank, just as it’s done in commercial refrigeration. But energy will need to get more costly before that device appears on the market.

Marc Rosenbaum is director of engineering at South Mountain Company on the island of Martha’s Vineyard in Massachusetts. He writes a blog called Thriving on Low Carbon.