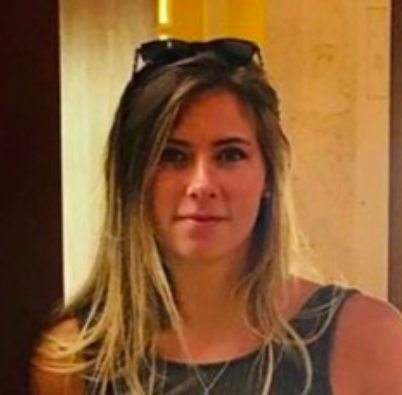 Light-frame construction has been used in the United States since the 1830s. It has evolved from balloon framing—with its long stud spans deemed a fire hazard—to platform framing, which is commonly used in residential building today. Like any system, it can be engineered for efficiencies. In recent years, traditional platform-framing techniques have matured to maximize a structure’s insulation capacity. This is called advanced framing or value-engineered framing, and it came about to enhance a building’s energy efficiency.

One component of the wood-framed wall is the header, which is is a beam in the framing above windows and doors. It carries the loads from floors and roofs above to posts created by the jack and king studs that make the sides of the window’s or door’s rough opening. Below, a sill and cripple studs support the window. 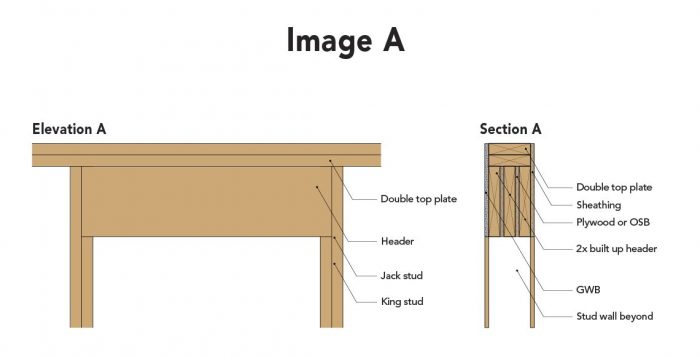 The header’s function is to withstand the load requirements. Typically, it is made up of 2x framing members with plywood or OSB spacers (Image A). While structurally sound, the built-up header for most window and door openings is overdesigned in terms of structural capacity, and insufficient when it comes to thermal resistance. In other words, it is an inefficient component of wood-framed structures—one that presents an opportunity.

We capitalize on the fact that headers are overbuilt and sacrifice a small fraction of the structural integrity in order to beef up the insulating value. One way to do this is to remove one of the 2x members and its neighboring spacers and replace them with rigid insulation (Image B). The insulation can be installed in the middle of the header or, by grouping the two built-up members close together, to the interior or the exterior of the header.