To Protect People from Climate Extremes, Weatherize Their Homes 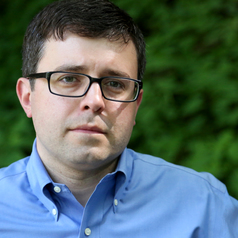 This story is part of the Pulitzer Center’s nationwide Connected Coastlines reporting initiative.

Summer temperatures in Chicago normally peak in the low 80s, but in mid-July 1995 they topped 100°F with excessive humidity for three days straight. Emergency rooms were overwhelmed with cases of heat exhaustion and heat stroke, especially in urban, low-income, and minority communities. By the time the heat wave receded, more than 700 people had died.

The Chicago heat wave spurred some cities to start providing free air conditioning for at-risk populations. But in my lab at the University at Buffalo School of Architecture and Planning, which focuses on reducing climate change impacts on cities and buildings, we have found that air conditioning and other fossil fuel cooling systems can create long-term risks even as they solve short-term problems. As climate change makes heat waves more frequent across the region and the nation, cities will need more tools to protect their residents.

A Good Time for Energy Audits and Weatherization

In the years following Chicago’s 1995 extreme heat event, researchers tried to understand what had caused so many excessive illnesses and deaths. Some experts argued that Chicago’s 700 deaths were a symptom of ongoing neglect and isolation of vulnerable residents in American cities. Others took an epidemiological approach, focusing on preexisting health conditions and demographic factors such as advanced age.

Many studies agreed that access to air conditioning had helped to protect people from temperature-related illness and death. In response, some municipalities began to provide free air conditioning systems to high-risk populations. This step helped lower-income residents, although many struggled to pay the higher electricity bills associated with keeping a house cool.

In the Great Lakes region, climate change models anticipate that global warming will increase the risk, intensity and duration of temperature extremes. This forecast presents a challenge for cities like Rochester, New York, which typically only experience about 12 days over 90°F in the summer. By the end of the century, over 70 days in summer could be in that temperature range.

In addition, cities including Detroit, Toledo, Cleveland, and Buffalo have aging populations and high rates of poverty. Both of these factors increase vulnerability.

Before the advent of air conditioning, passive cooling systems were the norm in building design. Window shades, light-colored materials and coatings, insulation and natural ventilation all reduce temperatures indoors. Recently, researchers have renewed their interest in “passive survivability,” or systems that don’t require electricity but still protect people during a brownout or blackout.

Passive systems are easily incorporated by architects into the design of new buildings, but existing houses need retrofits. Since the 1970s, the federally funded Weatherization Assistance Program has provided billions of dollars to help low-income households protect themselves from winter weather and save money by making their homes more energy efficient.

Unfortunately, these programs typically do not invest in cooling strategies in cold-climate cities because these measures don’t meet their cost effectiveness tests. This represents a missed opportunity to protect residents from summertime heat waves.

As the COVID-19 pandemic has shown, access to safe housing is a critical resource. A national evaluation of the Weatherization Assistance Program indicates that weatherized homes may be better equipped to provide safe, healthy environments in times of need.

For example, programs like the “Warm and Dry” effort from People United for Sustainable Housing in Buffalo provide basic repairs that can stop the growth of mold indoors. Other weatherization providers give advice on cleaning and maintenance that can reduce the number of asthma attacks.

Unfortunately, due to funding constraints, weatherization programs can’t ensure necessary repairs in every household that qualifies. And taking on simple home repairs can be surprisingly difficult, especially for households with limited financial resources.

For example, opening windows is critical in heat waves, but in many older homes windows may have been painted over several times. In cities like Buffalo, which has one of the oldest housing stocks in the country, cracking a window may require several steps.

Once windows are freed, damaged locks or balancing mechanisms often need to be repaired. Screens should be installed, since open windows can allow insects or other pests into the house. And any lead paint on windows needs to be removed safely. Old windows contain high concentrations of lead-based paints and coatings and can contribute to lead poisoning.

Given the challenge of weatherizing a home, I believe that federal and state governments should begin to examine ways in which weatherization can help prepare our communities to shelter in place in the future from heat waves, extreme precipitation and other forms of climate weirding.

In 2009 Congress passed the American Recovery and Reinvestment Act in response to the ongoing financial crisis. The law authorized a one-time $5 billion increase in weatherization funding.

A Department of Energy analysis shows that this program saved households an average of $3,190, reduced carbon dioxide emissions by over 7.3 million metric tons and created 28,000 jobs. In 2019, the agency reported that every dollar invested in weatherization returned $1.72 in energy savings and $2.78 in other benefits to the economy.

Congress has already passed a $2 trillion federal stimulus package to help the U.S. economy recover from the coronavirus pandemic, and more rescue packages are expected, possibly including infrastructure investments. In my view, expanding the Weatherization Assistance Program could put unemployed people back to work, reduce greenhouse gas emissions, and help our cities prepare for an uncertain climate future.

–Nicholas Rajkovich is an assistant professor of architecture at the University at Buffalo, The State University of New York. This article is republished from The Conversation under a Creative Commons license. Read the original article here.