How many people? Where and when do they get counted? How much do they contribute?

People complicate things. If, say, you want to sell a motorcycle, you place an ad and interested potential buyers come check it out, maybe take it for a little ride, and then one of them buys it. But every once in a while, one of those potential buyers arrives with a small instability that gets amplified by some kind of cosmic resonance and next thing you know, you’re scraping your motorcycle off the driveway and letting the would-be buyer use your shower. And it just gets weirder from there.

But I’m not here to talk about that kind of complication. No, this is about a small but important aspect of Manual J heating and cooling load calculations: the effect of the people in a house on said loads. I’ve mentioned in previous articles about how some people inflate the loads by getting this part wrong, but I’ve never talked about some of the nuances associated with occupant loads and how to do this part of the load correction correctly. So, let’s tackle that today and see if we can avoid destructive resonances, cosmic or otherwise.

Heating, cooling, or both?

People inside a house add heat to the living space. If you count this in the winter, the heating load would be smaller than without occupants, meaning you may be able to get by with a smaller heating system. In summer, people increase the cooling load, requiring more air conditioning. Before I reveal the official answer from Manual J, let me point out that the peak heating load occurs at night, when people are asleep. That’s when it’s coldest outdoors. (OK, if you have teenagers, they may be playing video games at 3 in the morning, but teenagers are unreliable. Sometimes they will have snuck out of the house and be playing video games at a friend’s house.)

A Beginner's Guide to Cooling

Does a Bigger Volume Mean More Heating and Cooling Load?

Hedging Bets on a Heating and Cooling System

Peak cooling loads occur during the day, when the sun is shining and people are active. So the answer is that occupant loads (and other internal loads like refrigerators, too) add to the cooling load, but Manual J doesn’t let you take credit for them in the heating load.

The Manual J load calculation should include 4 people for a 3 bedroom house, 5 people for 4 bedrooms, and 6 people for 5 bedrooms. It could hardly be simpler.

How much load per person?

Since occupant loads affect only the cooling loads, each person in the house has the potential to increase two types of load: the sensible cooling load (temperature) and the latent cooling load (humidity). And in fact we humans do affect both. Here’s what Manual J prescribes for the amount of cooling load added by each person:

The sensible component is easy to understand. It’s the amount of heat our bodies give off as we attempt to regulate our internal body temperature. The latent component is due to breathing and evaporative cooling (sweating), of course, but also 45 of the 200 BTU/hr is from moisture-generating activities like showering, cooking, and water balloon fights. OK, OK!  Manual J doesn’t actually mention water balloon fights, so if that’s an important part of your indoor life, you’ll have to adjust for that manually.

Peak cooling loads occur in the early evening, so they should be assigned based on where people are at about 6 pm. Normally, that’s kitchens, dining rooms, living rooms, family rooms, offices, and other common areas where people hang out. Each house is different, which is why Manual J says the room assignment should be “based on the judgment of the designer.”

In my house, for example, we have 4 bedrooms, so I put the 5 occupants in 4 different rooms. One is in the basement family room, and the others are shown in the floor plan above: 2 in the den and 1 each in the living and dining rooms. 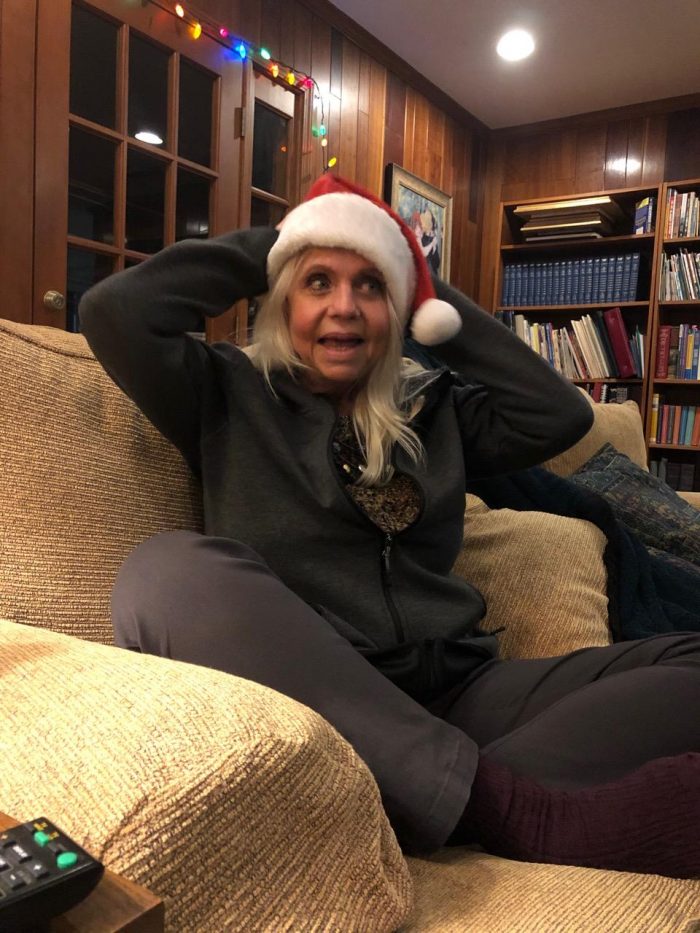 One of the most common justifications for inflating the number of people in the load calculation is that “these homeowners entertain a lot.” OK. That’s fine. But guess what? Manual J discusses those kinds of temporary occupant loads. The solution is handle such temporary loads with either a supplemental cooling system (e.g., a ductless minisplit) or a system that can move excess capacity from unused parts of the house to the party zone.

To find the amount of temporary cooling load, estimate the number of guests and use these numbers for the sensible and latent components:

The sensible is the same as the regular occupant load, but the latent is lower because your party guests don’t usually take showers at your house. If they do, they probably just crashed your motorcycle so handling that cosmic resonance will be more important than a little excess humidity. You’re trying to prevent your house from shaking itself to bits the way the Tacoma Narrows bridge did in 1940.

People are complicated but simple

The rules for handling the cooling loads from people in a house are straightforward and simple. Manual J explains it all in just three paragraphs. (Yet here I am writing the 14th paragraph of this article. Hmmmm.) Where it gets complicated is when people doing load calculations try to make up their own rules on the fly. Time travelers, they say, have sensible loads two to three times normal, and even higher if they’ve just returned from an apocalypse. Follow their logic and you may find yourself the basement, drinking a beer with a stranger who’s wearing a pair of your underwear.

No, no, no. Just follow the rules above. Understand how to read Manual J reports. And above all, watch out for destructive resonances.