The key was catching it early enough

I don’t think I can ever say it enough, but the building enclosure consists of several control layers and each one has its job. The primary control layer is the one that keeps liquid water out, and it can be a tricky business.

Take the case of this condo building (yes, it’s in the community where I live). It’s got several problems, so I went to bat for building science here.

We’re having a couple of porticos built, and one day I noticed one of them in the stage of construction you see above. These buildings have no overhang, so that wall will get wet. The contractor put housewrap on the wall and then built the portico. The felt on the roof, as you can see, goes up the wall a bit, but on the outside of the housewrap. Problem?

Yes, that’s a problem. Any water coming down on the outside of the housewrap can go right down behind the felt and rot out the framing of that portico. Did I mention the building has no overhang?

I saw that I had still had a chance to help get it done right, so I talked with the president of the homeowners’ association and told him we need to make the contractor do it correctly. The housewrap needs to come down over the roof underlayment.

Also, since they hadn’t yet cut the housewrap for the window, I printed out the instructions on how to do that, too. Unfortunately, I wasn’t able to talk to the contractor directly at that point, so here’s what it looked like after a few days: 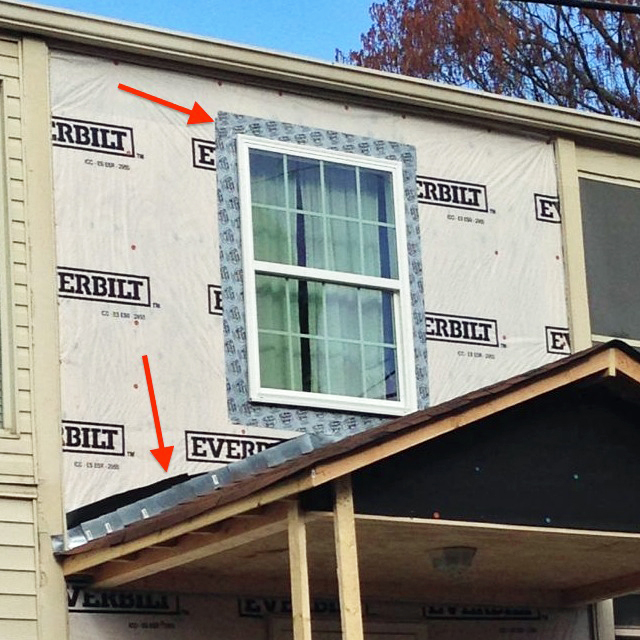 They also didn’t fix the flashing detail at the roof. Notice they installed step flashing — but put it on top of the felt, which is still on top of the housewrap. Ugh!

Finally, we arranged a meeting with the contractor that I could attend, and we got things straightened out. Here’s what they corrected: 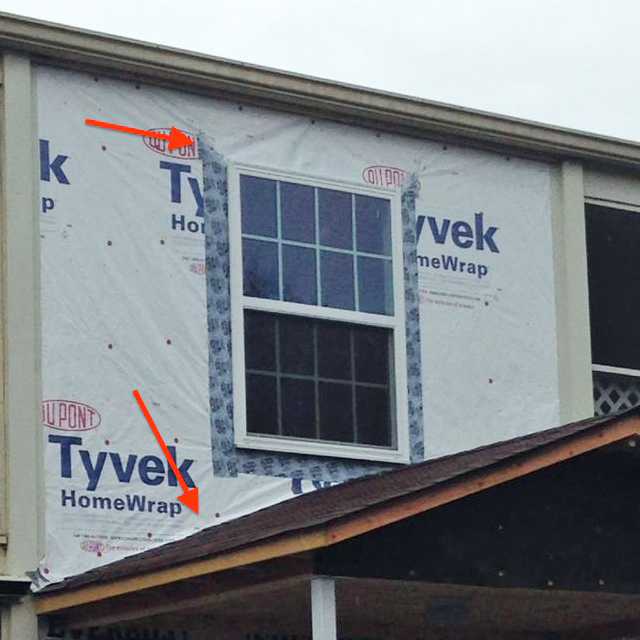 It’s not perfect. They should have kept those nails at the roof intersection above the step flashing that runs beneath the housewrap. But it’s far, far better than we got initially.