Building a Passive House for $163 per Square Foot

This superinsulated single-family home in Rhode Island cost $300,420 to build

A family in Wakefield, Rhode Island, recently moved into a new 1,840-square-foot Passive House with three bedrooms and two bathrooms. If you exclude the cost of the lot, the architectural fees, and the cost of getting the house certified by PHIUS, the construction cost was $300,420, or $163 per square foot (if you measure the area of the house on the exterior).

The members of the team that built the house include Brad and Jordan Hevenor, the homeowners; Steve Baczek, the architect; and Stephen DeMetrick, the builder.

At this year’s NESEA conference (BuildingEnergy 18) in Boston, Demetrick gave a presentation describing the details and methods used to build the Hevenors’ house.

In search of builder-friendly details

DeMetrick is a certified Passive House contractor from Wakefield, Rhode Island. He told the audience in Boston that his goal is to make homes that meet the Passive House standard “replicable.” He wants these homes to be seen as “normal houses for normal people.”

The project goals for the Hevenors’ house was to come up with simple construction details that were builder-friendly, using everyday materials and methods. The team was trying to stick to a construction budget of $282,000. They came close to hitting that number, but ended up with a budget overrun of $18,000. About $10,000 of that number came from owner changes.

The foundation consisted of a standard perimeter frost wall surrounding a slab on grade. DeMetrick said that he deliberately chose a foundation type that is familiar to most concrete contractors. “I didn’t want people working on the project to have to know what we are doing,” said DeMetrick. “My excavator doesn’t need to know that this is a Passive House.” 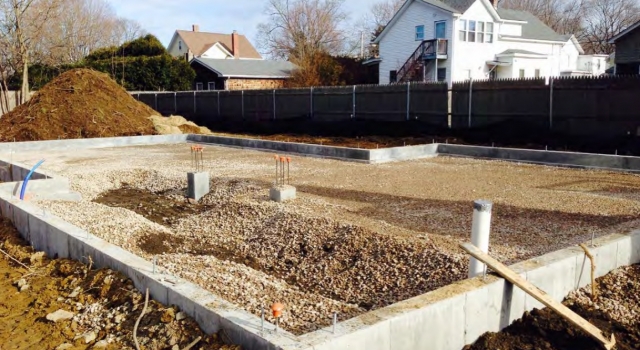 The only somewhat unusual foundation detail is that…