Is it Victorian, Gothic, Colonial, Baroque — or just bad design?

Drive out to any of the bedroom communities outside the greater Toronto area and you’re likely to stumble on huge, clunky homes that are so complex in shape that their energy performance is degraded. These homes include uncomfortable rooms, are often challenged by ice dams, and require higher expenditures for maintenance.

When we look at these designs, they’re reminiscent of days of yore… but from what era exactly? Victorian? Maybe a hint of Colonial, Baroque, or Renaissance?

Banish These Details From Your Plans

We’re not sure, but what we can say is that the various fused elements appeal to buyers in municipalities with new land to squander. In old cities where land is at a premium, designs tend to be constrained by small lot sizes. But not in the outskirts of the greater Toronto area.

Don’t get us wrong: we understand that beauty is in the eye of the beholder. But why are so many homes built in this strange pastiche of styles?

Who’s responsible for the ugliness? That’s a chicken-and-egg question, we suspect.

Are developers pushing pastiche because they know it sells? Or are buyers just interested in the type of eye-candy that they see in glossy magazines, even though these homes likely won’t serve them well?

It’s true that many of these homes are snapped up by new immigrants, who thankfully tend fill the house with large extended families. But really, the design doesn’t reflect who they are, and the thermal enclosure on these large homes isn’t optimized for efficiency or their lifestyle. So what gives?

Is it part of a gold rush to own a piece of the glamorized North American dream?

Whatever the underlying cause of these design problems, we think that a good architect is the cure.

When it comes to efficiency, not all buildings are created equal. A good architect knows how to proportion and optimize any space for functional daily use. A good architect can help you make good decisions on how to build an optimized house on a smaller scale — one that reflects your values and aesthetic sensibilities.

Smaller homes are easier and less costly to build, maintain, and operate. A good architect can help make your building timelessly beautiful so that you’re motivated to maintain it, and so that the building holds its value. 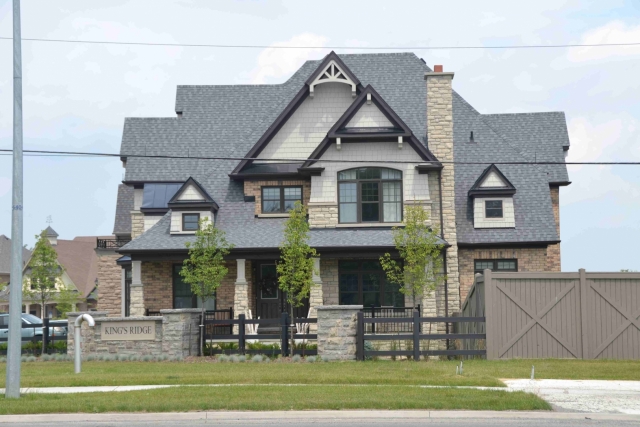 With numerous gables and dormers, this roof cost a lot to build. Could the money have been better spent on optimizing energy efficiency and usable floor space? 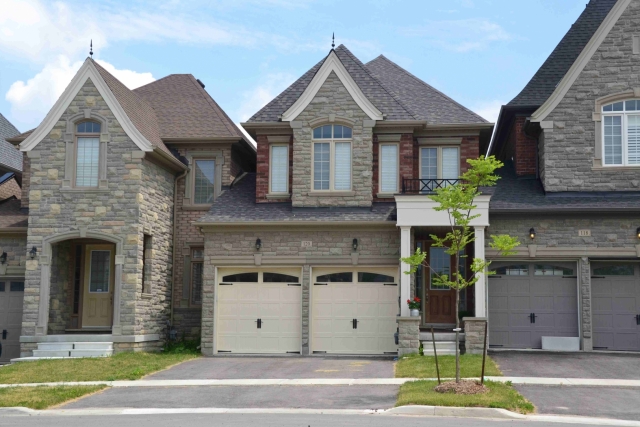 Even townhomes are designed with the same “flair.” With these complex cascading roofs, it’s just a matter of time before ice dams settle in. 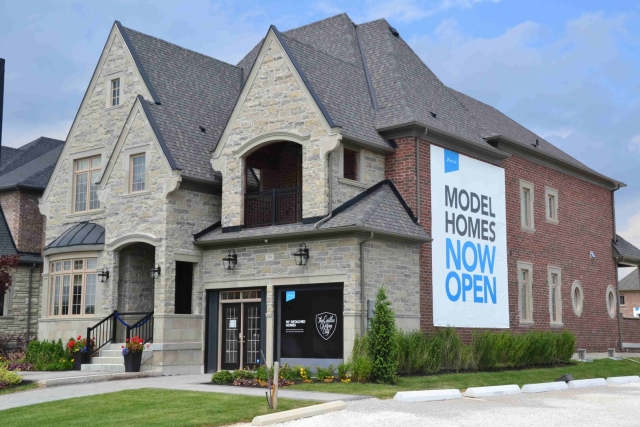 With more peaks and valleys than the NASDAQ index, this model house is representative of the many mini-chateaux going up around Toronto. 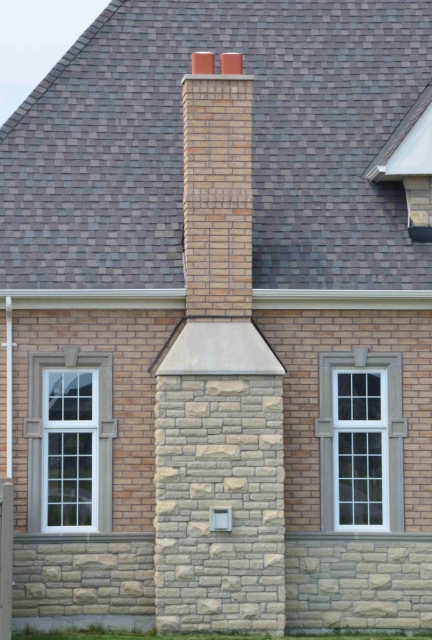 I can’t get over the cost that went into building this faux chimney — and all for naught. See the gas fireplace vent at head-height in the yard? That’s the vent. There’s no need for the masonry chimney, since there is no wood-burning appliance in the house. 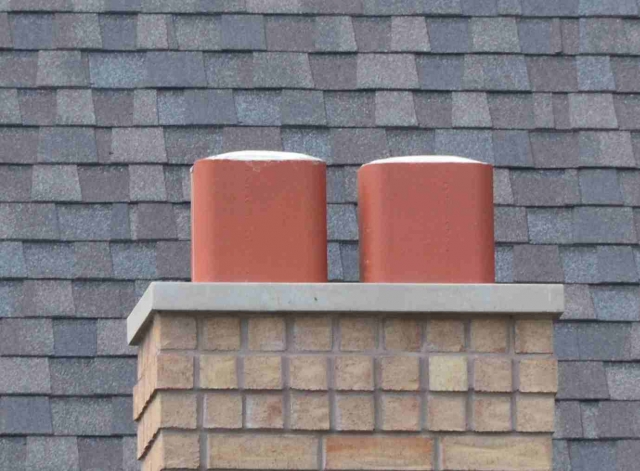 The chimney isn’t just faux; it’s stuffed. Santa can’t even get in! The flues are plugged with concrete at the top — the kids will be disappointed this Christmas. 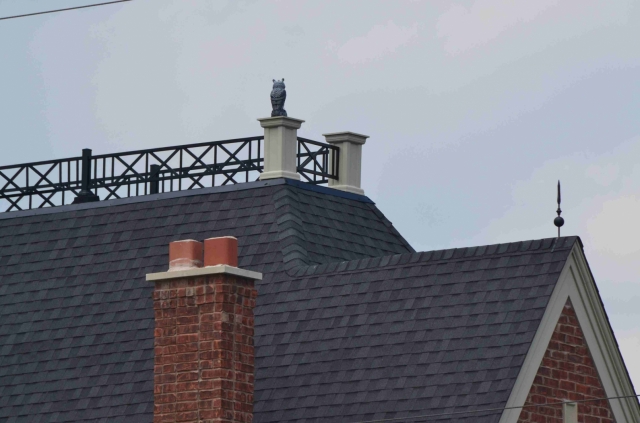 Adding insult to injury, the faux lightning rod along with the ornamental railing will be an obstacle to a good sleigh landing. Looks like some designer won’t be getting that new drafting table for Christmas. 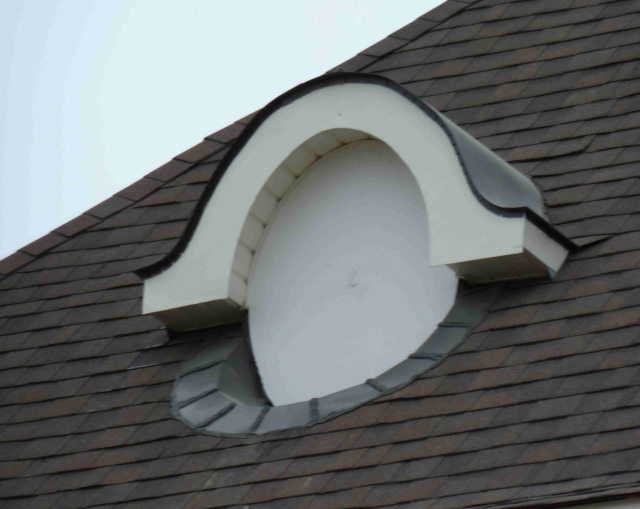 If you’re going to go this far, have the decency to put the window in; the guys who have to fix the ice dam will appreciate the natural light. 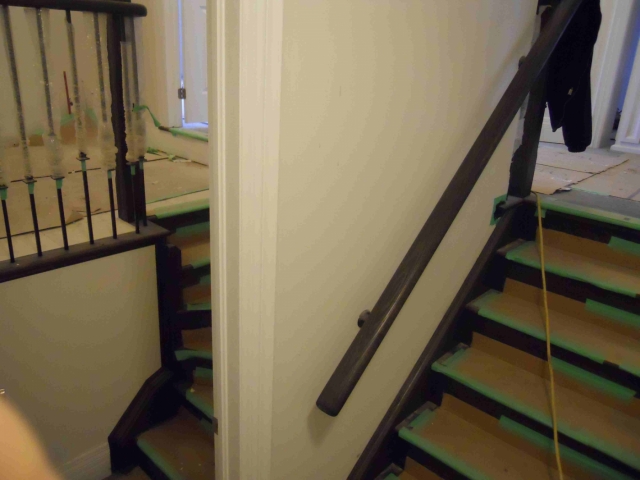 Yup, those are two staircases side by side going to the same place. It’s a his-and-hers thing, I guess. 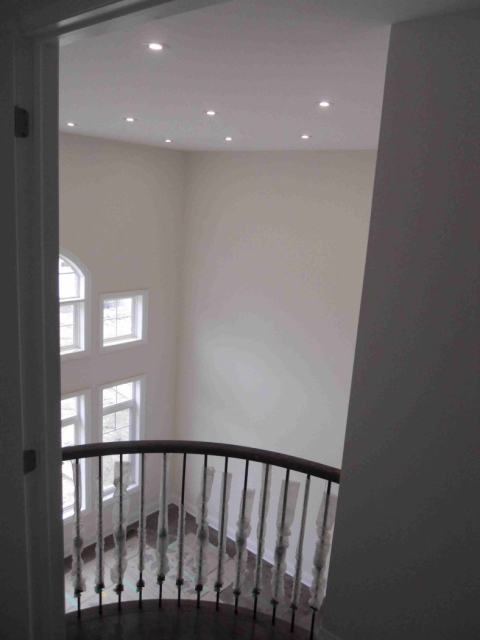 This could have been a wickedly large master bedroom. Now, who’s going to change the bulbs in the recessed cans when they burn out?

The video below gives a glimpse of the huge master bedroom, a huge skylight, and two fenced-off areas on the second floor.

Greg Labbé is co-owner of BlueGreen Consulting Group, a high-performance home consulting firm that works with architects, builders, and homeowners to optimize the energy performance of new and existing homes through detailed energy modeling and site testing.