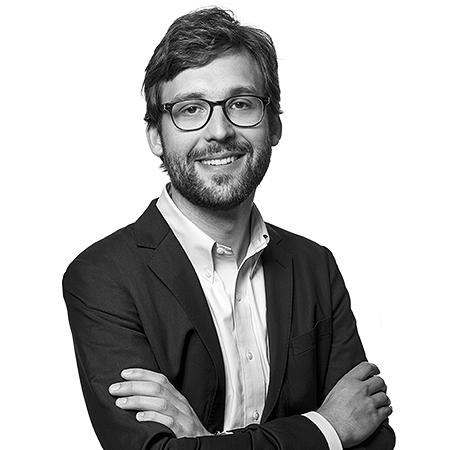 The EPA has just proposed regulations to phase down hydrofluorocarbons (HFCs), the super climate pollutants covered by the newly-enacted American Innovation and Manufacturing Act (AIM Act).

The rule, which must be finalized by September, is the first and most important of a series of regulations that will bring down production and import of HFCs by 85% over the next 15 years, in line with the Kigali Amendment to the Montreal Protocol.

This fast start on implementing the AIM Act comes hot on the heels of President Biden’s climate summit last month, where the president committed to a strong new climate target. The HFC phasedown will be a pillar of that plan. Both the U.S. and China recommitted to carrying out the Kigali Amendment earlier this month.

The proposal shows eye-popping environmental and social benefits from replacing HFCs. EPA projects the HFC phasedown will avoid U.S. HFC emissions equivalent to 4.7 billion metric tons of CO2 through 2050—equivalent to the entire U.S. power sector’s current emissions for three full years. It will bring a cumulative net benefit of $283.9 billion dollars during that time, including both the climate and public health benefits and industry “compliance costs” that are actually savings. Next year alone the benefits tip the scales at $2.6 billion, with a 14:1 ratio of climate benefits compared to compliance costs.

Here’s how it all works. Today’s so-called allocation rule sets up the framework for EPA’s new program to cap and reduce HFCs. It declares what our nationwide “baseline,” or starting point, will be for phasing down HFCs and the precise schedule the phasedown will follow. The U.S. consumption baseline is equivalent to 299 million metric tons of CO2 (MMTCO2e) and our production baseline is 375 MMTCO2e. The phasedown schedule, shown below, will start in 2022 at 90% of those values in 2022.

In addition to setting forth the basic pace of HFC reductions, the rule covers a bunch of topics, such as how to divvy up HFC allowances among producers, importers, and some others as well as reporting and record-keeping requirements, market monitoring, enforcement, allowance trading, and more.

There will be more regulations to follow. For example, one key step this rule doesn’t take is to actually divvy up slices of the HFC pie among producers and importers and assign them allowances. Instead, EPA proposes a plan for how it will do so, invites comment, and then will do the final pie-cutting later this year.

EPA proposes to base companies’ allocations on their market shares of HFC production or imports in 2017-2019. This approach recognizes recent market entrants and avoids windfalls to companies that left the business years ago. Some of the recent entrants appear to be minority-owned businesses, and so this approach may help make the phasedown process more equitable. EPA will also hold aside a small number of HFC allowances for new market entrants going forward, specifically in the import business. EPA will announce the full roster of companies and allowances for the year 2022 by October 1st. It’ll do so for 2023 by next October.

EPA also states that things might change starting in 2024. Along with the proposed rule, EPA released an advanced notice of a proposed rulemaking (ANPRM) to reconsider its method of divvying up HFC shares for the year 2024 and beyond. In that rulemaking, EPA is looking to improve its system to, for example, speed up the transition away from HFCs, better serve historically disadvantaged communities, redistribute HFC shares to the most necessary applications, and more.

The proposed rule also carves out a modest amount of HFC allocation for a few priority applications designated in the AIM Act. While the overall reduction schedule is not compromised, this special rule reflects a temporary reward for favored companies and industries granted in the legislative process—unfortunate, but an acceptable price to get the overall benefits of the AIM Act. The proposal suggests that no more than 1% of the baseline quantity will go towards these uses.

EPA’s proposal contains a few other nice features. First, it proposes requirements guaranteeing that all HFC-23 byproduct emissions are captured and destroyed. HFC-23—the most dangerous HFC of all, with a global warming potential of 14,800—is coproduced when making several other fluorinated gases and should be captured and destroyed immediately, a business practice that is sadly not completely the norm in the U.S. today. Doing so is, however, a basic requirement for all countries that join the Kigali Amendment.

EPA proposes several requirements on plants that produce HFC-23 as a byproduct. Any company receiving HFC allowances of any kind must capture HFC-23 and either sell it with a proper permit or destroy it beginning October 1, 2022.

EPA also plans to retire or revoke allowances to importers that have been found guilty of “dumping”—selling HFCs below cost or with unpaid import duties—by the U.S. Dept. of Commerce. We’ll look into ways this threshold could be made even tougher if dishonest companies are found to be receiving and unfairly profiting from HFC allowances.

EPA has also rolled out a major plan to enforce these HFC requirements. The enforcement program will include collaboration with other U.S. agencies to track all HFCs from point of origin to point of use, including use of QR codes on individual HFC cylinders, border enforcement, limits on acceptable HFC containers to reduce likelihood of mischief, and more.

A final piece of good news is that EPA plans to require companies to disclose a lot of information about their HFC-related activities—including, importantly, their stockpiles of HFCs already produced or imported. EPA also plans to make nearly all of that data available to the general public. It’s a step that’ll help groups like NRDC track the HFC phasedown and push to accelerate it as soon as the market is ready.

In other good news …

That’s not the only good HFCs news to report. EPA also has issued final approvals under the Clean Air Act’s “significant new alternatives program” (SNAP) for a number of climate-friendlier alternatives to HFCs in air conditioning systems. This clears the way for replacing HFCs in the A/C sector, a big share of the market. Among the alternatives approved are R-32 and five refrigerant blends that reduce the climate impact of refrigerants in air conditioners and heat pumps by at least 75%. These alternatives, called “A2L” refrigerants, are considered mildly flammable but safe for use in accordance with safety standards developed by independent experts, which EPA requires as a condition on their use.

As I explained in a blog about the proposed alternatives rule, these climate-friendlier refrigerants also need approval under state and (in some places) local building codes. In a further piece of good news, we’re just getting word that committees working under the International Code Council (ICC) to update their model mechanical and fire codes have voted to allow A2L refrigerants in their 2024 version of the codes. This will pave the way for states that look to the ICC model codes when updating their own building codes.

Washington and Florida have already adopted code changes that allow these climate-friendlier refrigerants, and many more are to follow. Commercial and residential consumers will soon be able to buy the next generation of air conditioners and heat pumps that use them, reducing overall demand for HFCs. We hope to see air conditioning manufacturers work with distributors to get climate-friendlier models out to consumers as fast as possible.

EPA also approved several refrigerants for use in certain self-contained commercial refrigeration products that have moderately high climate impact for use in particular cases where climate-safer alternatives cannot be technically implemented. This segment is a small user of HFCs and the new approval is limited to only necessary situations, so we find it acceptable. Soon, however, when safety standards are developed that allow truly near zero global warming alternatives to be used (similar to the situation with ACs above), it’ll be time to transition again.

EPA did not take action on its original proposal with regard to insulating foam products, which would allow the use of chemicals with unnecessarily high global warming potential (GWP). NRDC had objected to that proposal last year because there are several lower-GWP products already on the market for these types of foams. EPA kept this matter open, so NRDC will keep tabs on things as they unfold.

As we reported here, a number of organizations, including NRDC, filed five petitions under the AIM Act to accelerate the transition from HFCs to climate-friendlier alternatives in a wide variety of uses. We look forward to prompt action by EPA.

Overall, these actions mark a fast start by EPA to carry out the AIM Act and replace the HFC super-pollutants.

Alex Hillbrand is an HFC expert with the Natural Resources Defense Council. This post was originally published at the NRDC expert blog and is republished here with permission.