Time to Give Straw Another Look 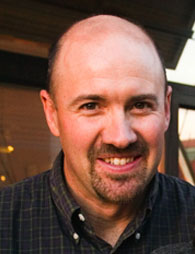 Mention straw bale construction, and while many have heard of it, the majority of people still reply with skepticism: “Won’t it rot?” “Doesn’t it burn?” “What about insects, moisture, air-tightness…” and the list goes on.

Despite much testing, a proven track record, relative ease to build with, and examples of durability from buildings over 100-years-old, straw bale construction hasn’t achieved the widespread popularity it seems destined to. With inclusion in the International Residential Code (IRC) in 2015, a long list of benefits (read on), and a role to play in helping to solve global climate change, straw as a building material is in the news again. Owing to its renewed success—and to the point of this article—are the many new and varied ways to build with straw. But first, a quick recap for those who are reading about straw bale construction for the first time.

Straw bale construction emerged in the late 1800s, in the Sandhills region of Nebraska, where trees were scarce and the soils not suitable for building the prairie-sod homes many pioneers of the Great Plains favored. A clever individual started stacking the big fuzzy bricks from newly invented baling equipment, and strawbale construction was born. Like democracy and jazz, this uniquely American innovation has been exported around the world.

Straw bale’s modern revival can be traced to a 1984 article in Fine Homebuilding magazine by Gary Strang about a straw bale studio built by Jon Hammond, a young architect in Davis, California, who had built the small structure on his family’s farm. Enthusiasts Matts Myhrman, the late Judy Knox, and others made a pilgrimage to Nebraska, and in turn traveled the country teaching workshops and promoting its many benefits.

“What I wanted to be…